Xiaomi shared the roadmap for Android 10 updates at today's launch of Redmi Note 8 Pro in India.

Google had released the next-gen of Android called as Android 10 a while back and quite a few smartphone makers are now introducing the update to their smartphones. One of the company's that has layout a roadmap for devices that will get the latest Android update is Xiaomi and the company has shared it at today's launch of Redmi Note 8 Pro in India. 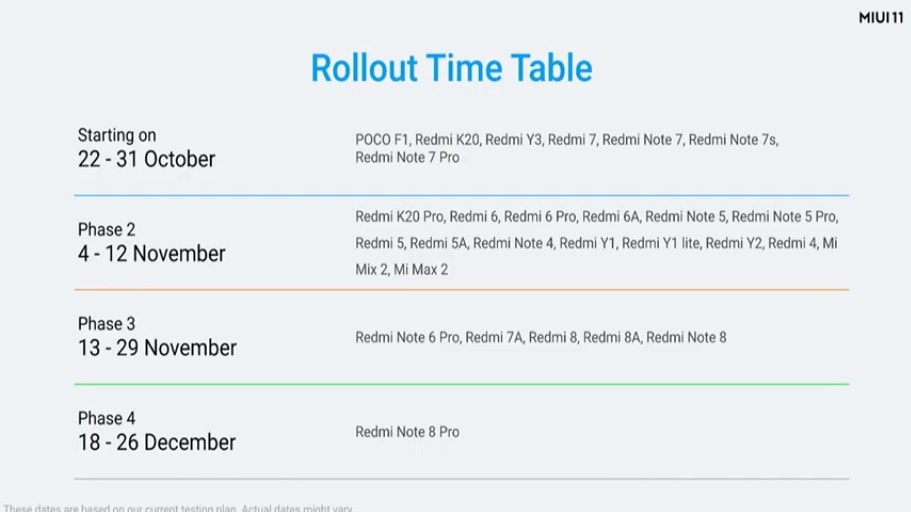 The higher-end Xiaomi phones such as the Poco F1, Redmi K20, Redmi Note 7, Redmi Note 7 Pro alongside the Redmi Note 7S and Redmi Y3 will be getting the Android 10-based MIUI 11 update starting from 22 October - 31 October in Phase 1.

The Phase 3 for the update will begin on 13 November and the devices included for this are the Redmi Note 6 Pro, Redmi 7A Redmi 8, Redmi 8A, and Redmi Note 8. The Redmi Note 8 Pro will be the sole device for Phase 4 which will start on 18 December and will end on 26 December.

Redmi 6 Pro vs Redmi Note 5 Pro: Xiaomi may decide against bringing this one