Xiaomi's founder Lei Jun had earlier stated that the company is looking to invest approximately $1 billion in as many as a 100 startups across the country.

After making a splash in the smartphone market in 2017, Xiaomi seems to have big plans for India in 2018. Apart from introducing three smart TV options in the Indian market, the company plans on launching at least six new smartphones, open a 100 Mi Homes and introduce more product categories in the country. 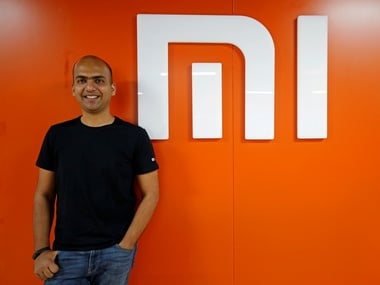 Xiaomi recently crossed the $1 billion threshold in terms of revenue in the country and will be looking forward to double that figure in a few years. In an interview with LiveMint, Manu Kumar Jain, the Global Vice President and the head of Xiaomi's Indian operations stated that the company has invested in start-ups from the beginning of its journey in India and will continue to do so in the future.

As of now, Xiaomi operates as many as 26 exclusive stores called Mi Homes and is continuing to build a network through its franchise retail partners. Talking about the company's product plans in the country, Jain said,"Our aim is to launch many more product categories in India—we already have 7-8 categories in India. We have phones, smart TVs, fitness bands, power banks, smart routers, smart air purifiers and few other smaller categories like t-shirts and backpacks and some smaller products like audio players."

Talking about why we do not see Xiaomi launching all its products in India, despite India being its largest market outside China, Jain said, “We have smart scooters, we have smart-cycles, smart water-purifiers, weighing scales, smart cookers, smart shoes, etc. People keep talking about these products and asking when we will launch them in India. We don’t know at the moment whether those products will do well in India (firstly) and (secondly) even if we were to launch them for India, how would we customize them for Indian conditions?.”

As per a report back in November, Xiaomi's founder Lei Jun had stated that the company is looking to invest approximately $1 billion in as many as a 100 startups across the country, over a period of the next five years. In keeping with Jun's words, an optimistic Manu Jain said, "We really believe that India will become hugely digital in the next five years and we want to help promote that. We would want to increase the pace of investments to support these Indian companies. In India, we started with smaller investments...but if there’s a need, we can do bigger ticket sizes."

Based on Manu Jain's statements, we, therefore, see a small change in approach from Xiaomi that seems to be focusing on building a large range of product categories in order to reduce its reliance on smartphones alone.