Xiaomi to launch new device on 6 November in China, could be Redmi Note 6

The phone that is expected by all to come is the Redmi Note 6 Pro as it had been launched in Thailand.

It's been a while since we last saw a leak about the Redmi Note 6 Pro, and now a new piece of information has surfaced.

Through the Weibo account of Xiaomi Mall, Xiaomi has confirmed an upcoming product on 6 November. The smartphone maker hasn't revealed the phone that would be debuted in the coming week.

According to Gizmo China, the poster reads that the new product (no mention of the product name) would be unveiled at 2 PM (as per China timings) on 6 November.

The title also refers to the device as a 'wonderful upgrade' in the poster. 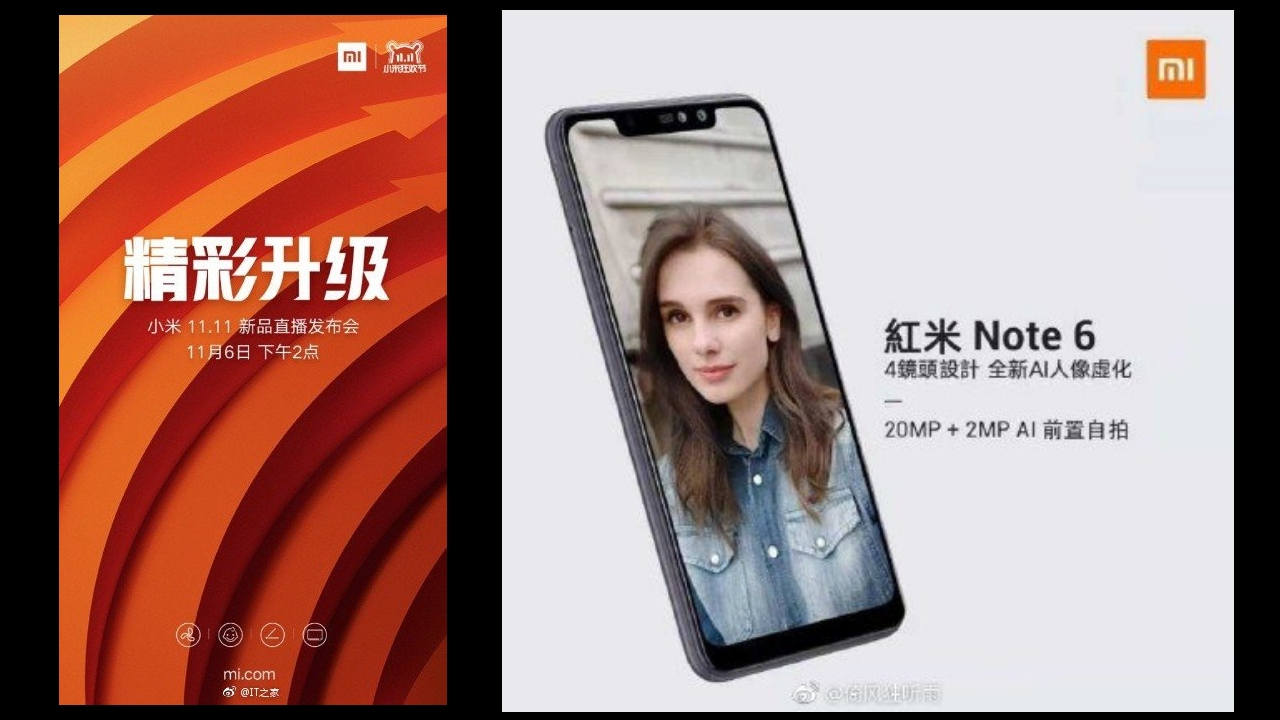 A leaked promotional image of the Redmi Note 6 has been spotted on Weibo and it states the phone to be equipped with four cameras and An AI portrait blur feature.

It also claims the handset to come for 999 Yuan and to be up for the 11 November Singles Day sales in China.

The entire specifications of the Redmi Note 6 were out after its Thailand launch. The Note 6 is said to be equipped with a 6.26-inch IPS LCD notched screen that offers 19:9 aspect ratio and Full HD+ resolution.

The phone is said to be powered by Snapdragon 636 chipset and packed with a 4,000 mAh battery pack.

The Redmi Note 6 is said to be equipped with a 12 MP + 5 MP dual camera setup on its rear.

The smartphone came in colour options like Black, Blue, Rose Gold and Red.