Xiaomi's Vice President Manu Kumar Jain took to Twitter to tease the possible launch of another smartphone with an image that shows the letter "i".

Xiaomi's latest budget oriented smartphone for the Indian market has been the Redmi Y1 which sported a dual-lens primary camera setup. The company was recognised as the fastest growing smartphone brand in India based on Q3 data provided by IDC. However, Xiaomi may not be done for the year, just yet. 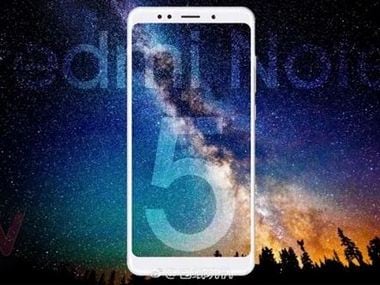 The company's vice president Manu Kumar Jain took to his Twitter account to tease the possible launch of another smartphone with an image that shows the letter "i" with dots in the Indian tricolour. Jain is also touring in the rural parts of India and has hinted at a future product launch for this market.

While this does not directly suggest the launch of a new smartphone, most fans of the brand feel that this could be a hint of the rumored Redmi Note 5.

A few others also suggest that the launch being discussed here could be a new accessory targetted towards the Indian market. With the lack of any concrete evidence as to the product being geared up for launch, a certain number of Xiaomi fans also suggested that the Mi 6C could be launched in India.

As per a recent report, the Redmi Note 5 was briefly spotted on Chinese e-commerce website JD.com, suggesting an imminent launch. The smartphone which is considered to be the successor to the popular Redmi Note 4, is rumored to sport a display with an 18:9 aspect ratio and a resolution of 2160 x 1080p and a size of 5.9-inch. Not much is known about the chipset powering the phone but it will have a 2.0 GHz octa-core processor.

Xiaomi unveils new 'Alive' logo and brand identity: All you need to know