Helio P60 is built on the latest 12nm FinFET process from TSMC along with the four Cortex A73 cores and the Mali G72 GPU.

When it comes to chipsets used in powerful flagship smartphones, MediaTek is usually overshadowed by rival Qualcomm. MediaTek's flagship X20 and X30 chipsets have not really been seen in many flagship smartphones. It seems that MediaTek has completely shifted focus towards its premium mid-range SoCs namely the Heli0 P60. 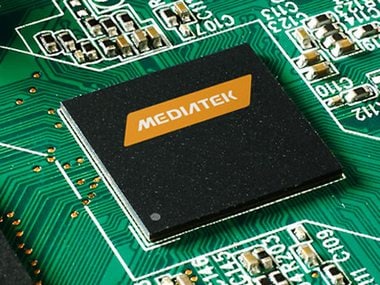 The Helio P60 powers the Oppo R15 smartphone which will go for sale on 1 April in China and as the Oppo R series is a strong seller in China it should be really beneficial to MediaTek's cause. Now as per a report by mydrivers, Xiaomi will also launch a Helio P60 powered smartphone in Q2 this year.

Helio P60 is built on the latest 12 nm FinFET process from TSMC along with the four Cortex A73 cores and the Mali G72 GPU. As per the report, it is very much possible that we see many more mid-range smartphones powered by the P60 in the coming months.

The report also states that the MediaTek could see as much as $60 billion revenue generated in Q2 this year, making it the highest in the past six quarters.

Xiaomi is reportedly also planning for a bulk order of another of MediaTek's 12 nm SoC, possibly the Helio P70, in the second half of the year.

Larger variant of the Redmi 6 spotted on TENAA bearing a notch and a 5.84-inch Full HD Plus display