Xiaomi teases a new product with an 'S' graphic, hinting at an imminent launch of the Surge S2 SoC

The teaser is likely not for the Redmi S2 smartphone and likely to do with Xiaomi's Surge S2 SoC, a chipset the company has been working on for a while.

We have been hearing about Xiaomi working on introducing a new budget segment series referred to as its Redmi S series. The company has now gone ahead and teased a poster of a giant S in China which could mean that the series could well be on its way soon. 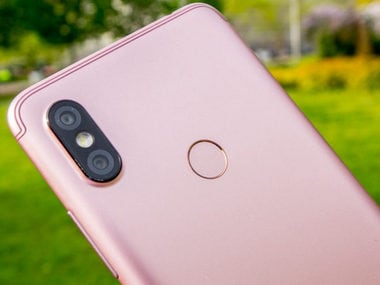 According to a report by GizmoChina, the poster was shared by Xiaomi through its official Weibo handle in China. The odd part, however, is that the poster has no other information apart from the company logo squeezed onto the right-hand corner.

As per the report, the teaser is likely not for the Redmi S2 smartphone and likely to do with Xiaomi's Surge S2 SoC, a chipset the company has been working on for a while.

Based on what we know about the Surge S2 SoC, Xiaomi will be using TSMC's 16 nm manufacturing process to make the chipset and may debut it on a smartphone for the Chinese market soon. As for the Redmi S2 which is expected to arrive soon, the smartphone was spotted on the internet sporting a display and a rear-facing dual camera setup which looks almost identical to the Redmi Note 5 Pro. Previous reports suggest that the smartphone will come with a 5.99-inch HD+ LCD display with (1440x720 pixel) resolution and an 18:8 aspect ratio. Reports also suggest that it could sport a Qualcomm Snapdragon 625 SoC and a 3,080 mAh battery.