For the uninitiated, MIUI is a heavily skinned version of Android that Xiaomi loads on all the smartphones that it ships.

Xiaomi has started rolling out the stable Android 7.0 Nougat update for its Redmi Note 4 out of nowhere.  According to a blog post on Mi.com, the stable version update has arrived as MIUI version 8.5.4.0 (Global) with Android Security patch level for July. 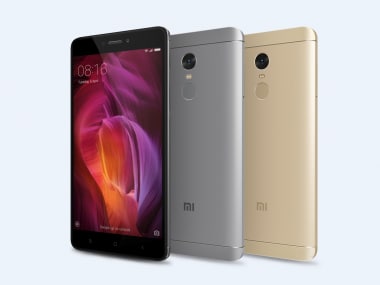 Several other new features such as support for exFAT SD cards has now been included along with separate locks for Dual apps and option and for hiding content from the notification screen. There are also additional options of renaming albums, slide to browse wallpapers, pausing ongoing backups, the introduction of screen recorder and custom groups for albums with people.

This news comes after Xiaomi unveiled the roll out details for much anticipated Android Nougat-based MIUI 9 update along with the devices that will get the latest update.

For the uninitiated, MIUI is a heavily skinned version of Android that Xiaomi loads on all the smartphones that it ships. The company adds its own apps and custom functionality in the operating system making it difficult to update the core Android to a newer version. To provide a perspective on how long it takes for Xiaomi to roll out major Android releases with MIUI is the fact that it had been 442 days since the launch of MIUI 8 before the announcement was made.

One thing to note here is that the MIUI 9 here refers to the MIUI 9 China ROM, the company has not shared details about the launch of MIUI 9 International ROM.