The two audio devices by Xiaomi has been listed but will be up for sale from 11 January. 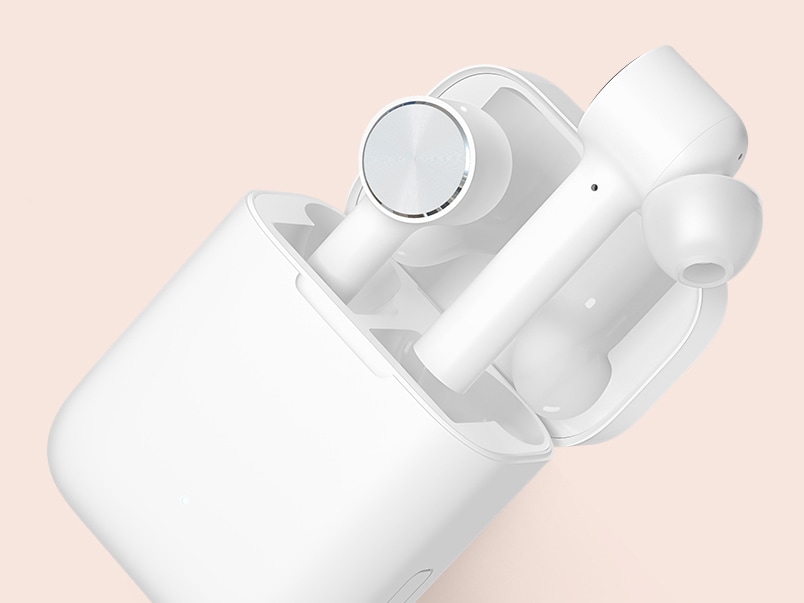 Xiaomi had announced its semi-in-ear headphones last year at a pretty low price and now the company has come out with a lookalike of Apple's AirPods called Mi AirDots Pro aka Mi Bluetooth Headset Air. Even the case is similar!

Official renders of the headsets were leaked earlier, and now Xiaomi has made the headset official.

They can be paired with both iOS and Android devices.

The Mi AirDots Pro offers touch control for music, calls and voice assistants. The earbuds pair easily and disconnect automatically once taken off from the ears after a standby of 30 minutes.

Xiaomi claims that the Mi AirDots can get completely charged in an hour and also offer 10 hours of continuous use.

They come with a USB Type-C charger and boast of support for AAC codec. They also support active noise cancellation (ANC) features. As the name suggests, the speaker comes with the company's own Xiao AI voice-controlled smart assistant.

The speaker is designed as a three-dimensional stereo-structure giving "360-degree surround sound".

The speaker looks elegant with its minimalistic design and comes in two colours – dark grey and light grey. It measures 150 x 150 x 230 mm.

The speaker is made in a way that the outer coloured fabric protects the internal components from dust without affecting the quality of sound.

On the top, there are four buttons for power, volume up, volume down and play/pause.

The speaker is equipped with a Digital Signal Processor (DSP) for intelligent audio adjustments.

It also comes with a 104 mm large-calibre woofer and as for connectivity, it has six microphones for capturing voice commands, dual-band Wi-Fi and Bluetooth 4.1 technology to support A2DP music playback.