Priced at Rs 1,299, the Mi Band - HRX Edition will be available from September 18 on Mi.com and Mi Home stores.

Chinese handset maker Xiaomi has partnered HRX, the active lifestyle brand co-owned by Bollywood actor Hrithik Roshan, to launch a new edition of its Mi fitness band. Priced at Rs 1,299, the Mi Band - HRX Edition will be available from September 18 on Mi.com and Mi Home stores. It will be available across Flipkart, Amazon, and Myntra from September 20. "Indians are becoming more fitness conscious and this category is at an extremely dynamic stage. The Mi Band is a great fit in the category as reflected by the great response received for the Mi Band 2," Xiaomi Vice President and India Managing Director Manu Jain told PTI. 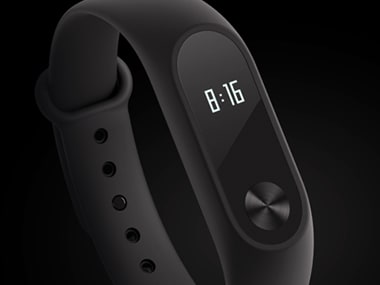 He added that by partnering HRX, Xiaomi is investing in the product further. "This is not an endorsement deal, its a partnership for a new device. Hrithik provided inputs on features can be incorporated to make the product more relevant," he said adding that the new edition is both innovative and utilitarian. "I always envisioned HRX to be a platform that could inspire people to be the best version of themselves. Partnering with Xiaomi... is an opportune decision as they are in sync with our philosophy... I believe that this will be the next best buy for all fitness enthusiasts," Roshan said.

Mi Band - HRX Edition will have a battery life of over 23 days on a single charge, OLED display and can monitor steps, calories burnt and sleep patterns. It supports display notifications for incoming calls or text messages as well. However, the new edition does not have a heart rate monitor that the Mi Band 2 featured. Citing IDC data, Xiaomi said 3.5 million units of Mi Band 2 were sold in the April-June 2017 quarter. Xiaomi was the numero uno wearable vendor with market share of 13.4 per cent in the said quarter.

In the Indian market, Xiaomi had a 10.1 per cent share of the wearable market in the January-March quarter of 2017, ranking number two after GOQii. Shipment details of the second quarter for India market are yet to be announced.

Pebble Time and Microsoft Band 2 are the most secure wearables: AV Test report