Xiaomi may not be the fastest when it comes to Android updates, but most users don't really care and that's because the company is known for constantly adding new features to its custom skin, MIUI.

The latest Android Pie feature to be inducted into MIUI is what we know as 'Digital Wellbeing'. In the latest beta update (ver. 9.4.15), the Chinese company has rolled its own version of the feature that is almost identical to how Digital Wellbeing works on a Pixel device.

There's also not much of a difference between the latest build of MIUI 10 based on Android 7.1 Nougat and the one based on Android 9.0 Pie, which could mean that all the phones that will get the stable latest MIUI will receive this new feature. 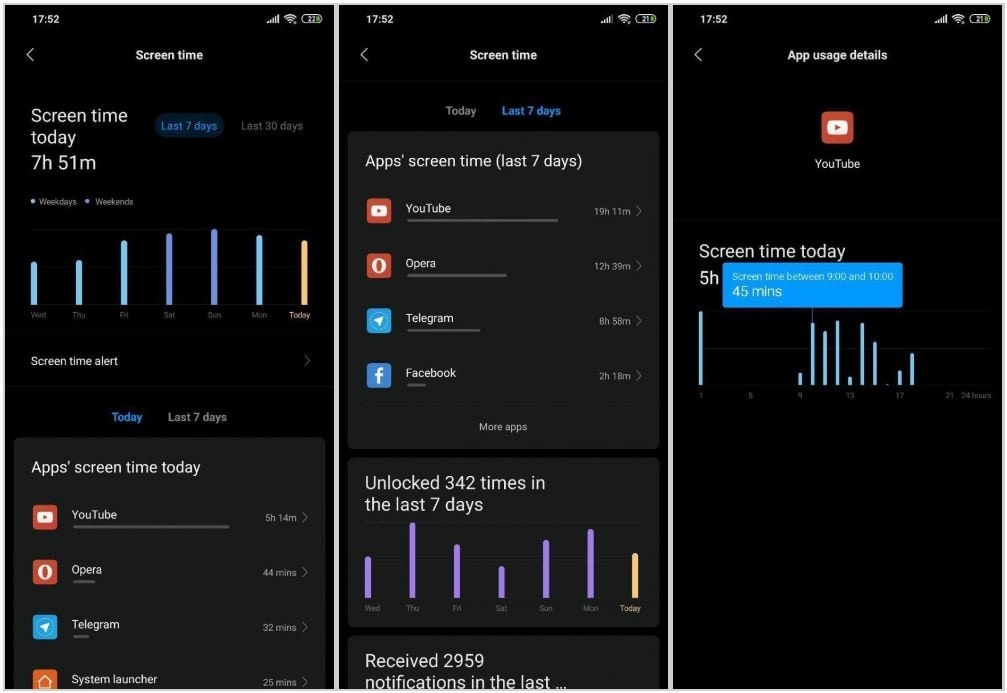 Xiaomi’s Digital Wellbeing feature works just like one offered by Google. It tells users about their screen usage as well as the amount of time spent on each app on a daily, weekly, or monthly basis.

XDA Developers tested the beta and they say that users can tap on each app individually to see the total screen-on-time spent on an app throughout the day. The feature will also inform users about the number of times their phone was unlocked, and even the number of notifications they received during the day or in a week.

Xiaomi has also worked on the wellness feature that allows users to set a timer for the usage of the apps. Once the set usage limit is reached, an alert pops up in the notification shade of the user who can then choose to either dismiss it or snooze the reminder.

In Google's version of the feature on Android Pie, the icons become grey when the time limit ends, this doesn't happen with Xiaomi's feature. WiFi Probe Protection has also been added in the latest Beta builds of MIUI. Image: XDADevelopers

The beta ROM also adds a feature known as WiFi Probe Protection' that essentially protects the data transferred to or from a device over a WiFi connection (say a public WiFi at a cafe). XDADevelopers says that the feature appears to “randomise a smartphone’s MAC address so that the actual address is not shared with the WLAN router with a probe frame,” which is basically a request from a smartphone to scan available WiFi networks in the vicinity.