Xiaomi Mi Mix 2 to launch in India today as a Flipkart exclusive; here's how you can watch the event live

The Xiaomi Mi Mix 2 was launched in China last month at an event which also saw the launch of the Mi Note 3 as well as the Mi Notebook Pro.

Xiaomi is ready to launch its current flagship, the bezel-less Mi Mix 2, in India today. The event is supposed to begin at 12.00 pm (IST) from New Delhi and can be followed live here. The event will also be streamed on YouTube here. 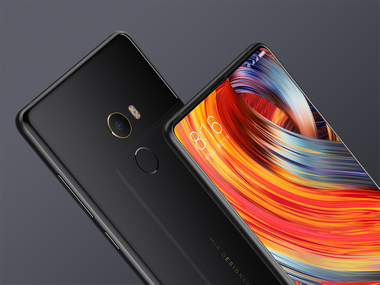 The highlight of the Mi Mix 2, just like its predecessor, is the display. The smartphone features a bezel-less design, with the display taking up close to 90 percent of the front face.

The Mi Mix 2 is the successor to the original Mi Mix concept smartphone. While the earlier model was produced in limited numbers, Xiaomi seems to have sorted the myriad issues with the device and launched its successor. The Mi Mix 2 packs a 5.99-inch display with 18:9 aspect ratio.

The device packs in a 12 MP sensor with PDAF, OIS and a dual LED flash at the rear and a 5 MP sensor on the front. The front-facing camera is located at the bottom chin of the device.

Flipkart has confirmed that the device will be exclusively launched on its ecommerce platform.

Putting an end to the #TechVsArt debate, the Mi MIX 2 is the destination where Technology meets Art. Unveiling tomorrow #OnlyOnFlipkart! pic.twitter.com/TcVlrbhw3k