Xiaomi VP Manu Kumar Jain, has tweeted that the Mi Mix 2 will be launched in India soon.

Xiaomi's bezel-less Mi Mix 2 smartphone was launched on September 11 at an introductory price of CNY 3,299 (approx Rs 33,000) for the 64 GB internal storage and 6 GB RAM variant. The Chinese smartphone maker has been known not to bring in its high end models to India, such as the Mi 6 or the Mi Mix 1. 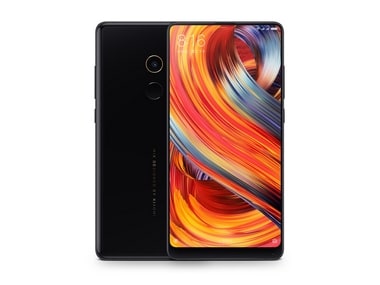 However, much to the joy of the Indian fans Xiaomi VP and Managing Director of Operations in India, Manu Kumar Jain, has tweeted that the Mi Mix 2 will infact be launched in India soon. There is no word on which version of the phone Xioami plans to launch in India and at what price. Xiaomi had recently unveiled the Mi A1 dual-camera flagship phone in India which is possibly an indicator that Xiaomi may release further high-end phones in the Indian markets.

Breaking news Mi Fans: Mi MIX 2 will be launching in India soon RT if you are excited about this amazing news @XiaomiIndia pic.twitter.com/vLTpMHwFNC

The Mi Mix 2 packs a 5.99-inch display with 18:9 aspect ratio. The company made the bottom chin narrower than the one in the original Mi Mix. The company has also added a sound hole on the top of the device along with a ‘Sound guiding tube’ for the membrane speaker to improve the loudness of the sound. The Mi Mix 2 packs a Sony IMX386 image sensor with 1.25um large pixels and 4-axis image stabilisation for better low light performance.

Xiaomi Mi Mix 2 launch date set for 11 September; may come to India this time around