Xiaomi Mi Mix 2 launch date set for 11 September; may come to India this time around

Xiaomi has scheduled a launch date for the second iteration of the Mi Mix. The Mi Mix 2 will be launched on 11 September at an event in Beijing, China.

Xiaomi has finally scheduled a launch date for the second iteration of the bezel-less Mi Mix. The Mi Mix 2 will be launched on 11 September at an event in Beijing, China. 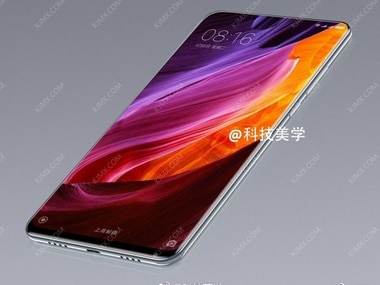 The company took to social media platform Weibo to announce the official launch. Xiaomi India Vice President Manu Kumar Jain also shared a teaser image of the Mi Mix 2 on his personal Twitter handle, hinting that the phone could find its way to Indian Markets as well this year.

A previous report had stated that the launch would most likely happen on 12 September, the same day as the Apple iPhone 8 launch which is also rumoured to be bezel-less. This was immediately construed as a move by Xiaomi to take the competition to rivals Apple, however, the official confirmation states that the Mi Mix 2 will feature ahead of the new iPhone.

The earlier report also included a series of images of the Xiaomi Mi Mix 2 which were released on Weibo. The images include a look at the front of the phone as well as an image of the back which seemed to reveal a ceramic-like material on the back with two cut-outs suggesting the inclusion of a dual camera set-up.

As per a report back in March, the Mi Mix 2 will also come with a curved AMOLED display which covers around 93 percent of the front part of the device, as opposed to 91.3 percent on last year's Mi Mix. This means that the bezel on the Mi Mix 2 will be even thinner than on the first phone.