Xiaomi Mi A1 launched in India for Rs 14,999, to start selling from 12 September on Flipkart

With the Mi A1, Xiaomi has brought the first dual-camera phone to the Indian markets.

Chinese smartphone manufacturer Xiaomi has launched the Mi A1 flagship phone in India at a price of Rs 14,999. With the Mi A1, Xiaomi has brought its first dual-camera phone to the Indian markets. The phone will be available exclusively on Flipkart and Xiaomi's online mobile store and also be available offline in Mi Home stores across India. It will start selling from 12 September at 12 pm. 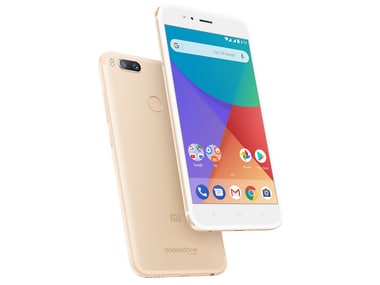 The Mi A1 is a lot like the Mi 5X in terms of design, specifications and the camera. However, the thing that sets Mi A1 apart is the fact that it is the first Android One phone made by Xiaomi which means that it will run on stock Android rather than Xiaomi's conventional MIUI skin.

The Xiaomi Mi A1 comes with a metal unibody design. It sports a 5.5-inch FullHD display that is protected by Corning Gorilla Glass. The Mi A1's rounded edges give the phone a premium feel and it has a fingerprint sensor located at the back. In terms of hardware, the phone has 4 GB of RAM and 64 GB of internal storage which is expandable via a microSD card. It runs on a Qualcomm Snapdragon 625 chipset which has an octa-core processor which is clocked at 2.0 GHz and employs Adreno 506 GPU. In the camera department, the phone has a dual-camera with a 12 MP wide-angle sensor and a 12 MP telephoto lens. This enables 2x optical zoom and helps create the bokeh effect which blurs the subject's background. The camera also offers up to 10x digital zoom and has dual-flash as well. On the front of the phone is a 5 MP selfie camera. Xiaomi's Mi A1 sports a dual-camera for better bokeh

As far as connectivity goes the phone offers Bluetooth, Wi-Fi features and is 4G compatible. It has a hybrid dual-SIM configuration, a USB Type-C port and a 3.5 mm audio jack. The phone will be running the Android 7.1,2 Nougat and there will be an upgrade to the Android Oreo later this year according to Xiaomi officials.

Xiaomi Mi A1 also has a 3080 mAh high-capacity battery and will come in three colours: Gold; Rose Gold and Black wherein the Rose Gold colour will be available a month later.

The phone has been launched in India and will be subsequently released in other markets globally.