The smartphone will reportedly be available for pre-order starting May 31 in China.

Just days ahead of the official launch of the Xiaomi Mi 8, yet another set of leaks about the device is out, leaving very little to our imagination. 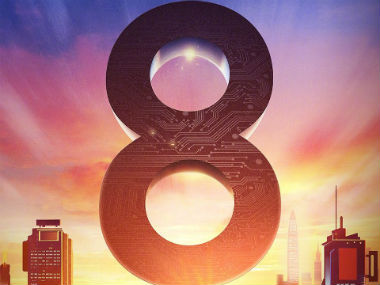 This latest leak that comes via Techienize, claims to reveal a bunch of specifications about the Xiaomi Mi 8. Pretty much in line with the previous leaks, the new report claims that the upcoming Xiaomi flagship will feature a 6.2-inch Full HD (1080x2280) display with 19:9 aspect ratio, which contradicts previous rumors of a 6.01-inch display.

This leaks also claims that the Mi 8 will finally feature the in-display fingerprint scanner. Fingers crossed for that.

Further, under the hood, the Mi 8 is believed to be powered by a Snapdragon 845 SoC, which is hardly any surprise. The SoC is reported to be equipped with 6 GB of RAM and 128 GB of internal storage. Though there have also been reports of 8 GB RAM variant of the device, this leak, however, has no mention of that.

Running the Xiaomi Mi 8 will be the latest MIUI, which is supposed to debut alongside the Mi 8. The new MIUI will be based on Android 8.1 Oreo out-of-the-box. Fuelling the smartphone will be a 3,300 mAh battery.

Additionally, according to the leak, the launch of the Mi 8 can be anticipated sometime this week, as it claims that the device will be available for pre-order starting 31 May in China.

A new Xiaomi device shows up on FCC, could be the Redmi Note 6 or Note 6 Pro