Xiaomi has thankfully not opted for a design with a notch unlike the iPhone X and other Android devices such as the Vivo V9 and the Oppo F7.

Xiaomi has finally launched its much anticipated Xiaomi Mi Mix 2S in the China market. As suspected, the device will come with a design similar to its flagship last year, the Mi Mix 2. The company has priced the device starting at CNY 3,299 which amounts to about Rs 34,000 at the time of writing. The Mi Mix 2S will start selling in China from April 3. 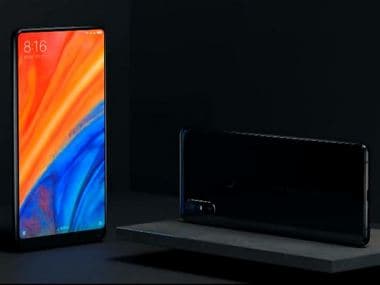 Moving to the specifications of the device, Xiaomi has packed a Qualcomm Snapdragon 845 SoC with octa-core CPU clocked at up to  2.8 GHz and Adreno 630 GPU for graphics-intensive tasks. The phone will come in three variants of 6 GB RAM + 64 GB storage, 6 GB RAM +  128 GB storage and 8 GB RAM + 256 GB storage. Mix 2S sports a 6-inch display with 18:9 aspect ratio and FHD+ resolution with 403 pixels. The company has thankfully not opted for a display design with a notch unlike the iPhone X and other Android devices such as the recently launched Vivo V9 and the Oppo F7.

Xiaomi has packed a dual camera setup on the back of the device in a vertical setup on the top left of the device, similar to the arrangement of the iPhone X. The dual camera setup will come with 12 MP camera sensor with f/2.0 aperture and another 12 MP camera sensor with f/2.0 aperture. The sensor on the Mi Mix 2S' camera is a 1.4-micron pixel Sony IMX 363 sensor and will have dual-pixel autofocus technology along phase detection system. The front of the device will be equipped with an 8 MP camera sensor with f/2.0 aperture.  Xiaomi Mi Mix 2S will come with 'multi-frame noise reduction' where the camera uses the software as well as hardware to reduce the noise. The company has added OIS to the camera this time.

It will come with Android 8.1 Oreo-based MIUI 9.5 out of the box. The device will be equipped with 3,400mAh battery along with wireless charging capability. Mix 2S will come with a reversible USB Type-C port, GPS, dual-band Wi-Fi, and Bluetooth v5.0 in terms of connectivity options. The device will support 7.5 Watt wireless charging capability out of the box.