While many assumed that Xiaomi had only planned to launch the Mi Mix 2S smartphone at its product launch event, to the delight of fans, the company also had other products to showcase. After the unveiling the Mi Mix 2S, Xiaomi also took the wraps of its first gaming laptop and also a mini version of its AI-enabled smart speaker. Starting with the brand-new gaming laptop, it packs in a 15.6-inch FHD display surrounded by ultra-thin bezels. 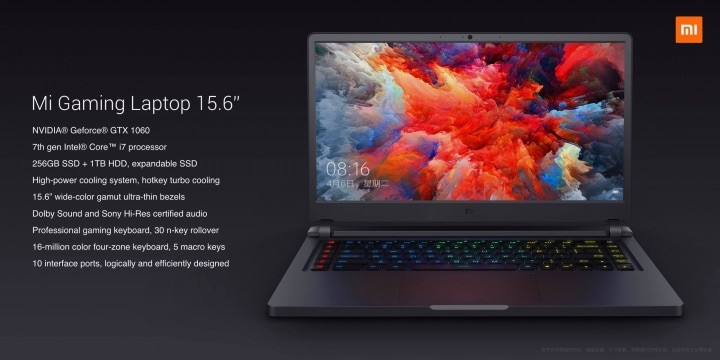 The laptop also has Hi-Res certified audio and Dolby Sound alongside a professional gaming keyboard with 30 n-key rollovers and RGB lighting. As far as connectivity options go the laptop has a four USB 3.0 ports, along with two USB-C ports, HDMI, and a 3.5mm jack with a high-powered amp. The Mi AI Speaker mini is the smaller version of the previously launched Mi AI speaker. Xiaomi says that the AI mini has access to 35 million books and songs and also comes with smart-home integration. Apart from this it also packs includes a lifestyle assistant, can check your schedule, traffic and set reminders by voice.