Xiaomi launches the Mi 5X with dual-cameras and Android 7.0, a Mi AI Speaker and MIUI 9 in China

Xiaomi, the popular electronics and smartphone maker from China has launched the Mi 5X, MI AI Speaker and MIUI 9. The company announced the new hardware and operating system update at a launch event held today. MIUI 9 is the much-anticipated upgrade to the MIUI operating software used by Xiaomi in all its smartphones. 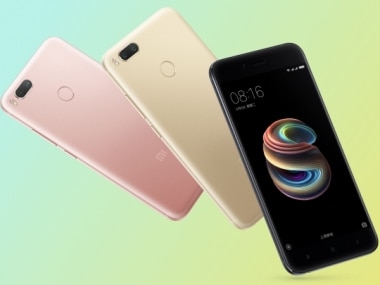 This new update upgrades the core system to Android Nougat almost a year after Google launched it for its Nexus line-up. As previously reported, the company has already revealed the interface and the devices that will get the latest update. This new version will pack image search, a smart assistant, smart app launcher, new themes, universal search, app priority, dynamic resource allocation, quick launch-times. The features are not limited to these and MIUI 9 will also come with Nougat features like split-screen support.

Moving forward to the hardware devices launched by the company, Mi 5X will be powered by 64-bit Octa-core Qualcomm Snapdragon 625 along with 4 GB RAM and 64 GB of internal storage. It will pack a 5.5-inch full HD display with a full metal unibody design. The interesting thing to note here is that this smartphone will come with a dual camera setup on the back of the smartphone. The dual camera setup with a 12 MP wide angle lens and a 12 MP telephoto lens is similar to the setup used in the Xiaomi Mi 6. This setup will help the phone achieve the ‘Portrait mode’ function which uses induced background blur to emulate the bokeh on a photo taken by a high-end camera with a wide aperture. Xiaomi has added the fingerprint sensor on the back of the smartphone along with an anti-fingerprint coating on the body of the smartphone. It will be draw power from a 3,080 mAh battery along with a ‘stand-alone audio amplifier’ with DHS audio calibration algorithm for high-quality audio. Xiaomi has priced the smartphone for RMB 1,499 which amounts to about Rs 14,283 at the time of writing. There is no information on when the smartphone will be available in the market, but it will be launched in the Chinese market first. 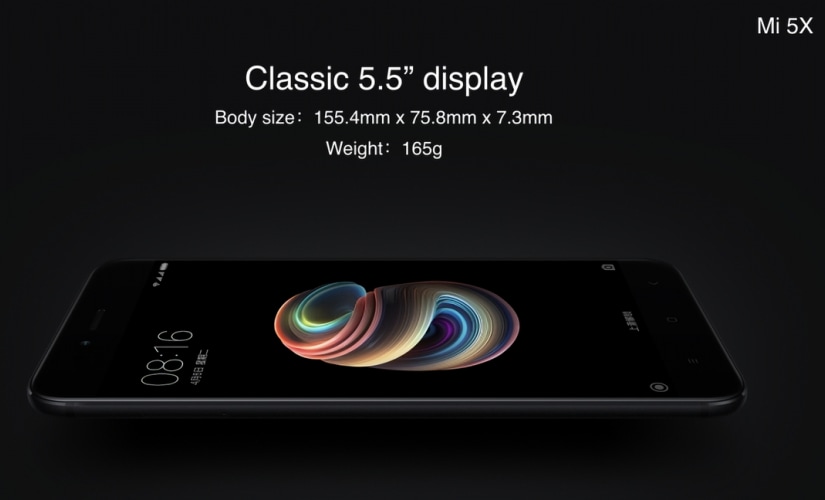 Mi 5X is not the only hardware device that the company launched at the event. The second device that Xiaomi announced is the Mi AI Speaker for a price of RMB 299, which amounts to about Rs 2848 at the time of writing. The speaker will be controlled using a mobile app where you can install add-ons and plugins to the speaker. Users can use the device to stream music, audio books, live radio or stories for children. 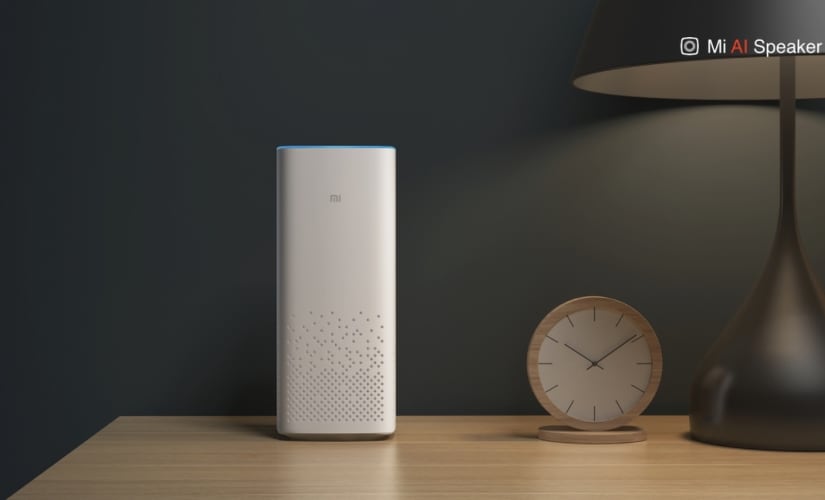 Xiaomi claims that the speaker comes with ‘Audio beamforming’ for echo cancellation and better voice control. It comes with six omnidirectional microphone in an array for 360-degree audio sensing. The device will pack an AI assistant to help you and you can use the controls on the top of the device to control the playback functions of Mi AI Speaker. The company is set to compete with the likes of Google, Amazon, Apple and Microsoft for the AI-enabled speaker market.