GoPro shares have jumped as much as 8.8 percent after it was revealed that Chinese smartphone giant Xiaomi could be looking to acquire the camera maker. Though nothing has been confirmed at this point, GoPro Chief Executive Officer Nick Woodman has said that he is open to the deal. 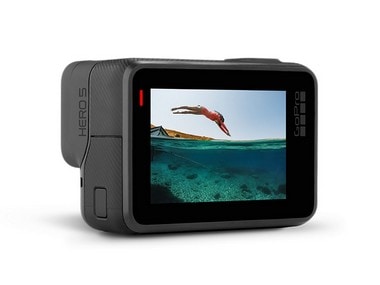 As per the Bloomberg report, GoPro could fetch as much as $1 billion based on what HP had paid for acquiring Palm. Woodman has approached investment bank JPMorgan Chase & Co to get advice on this possible acquisition deal.

However, Xiaomi has said that it does not want to overpay for the deal, according to the report.

GoPro has been through some rough times as its market capitalisation is $761 million when at one time the company was valued at more than $10 billion, says the report.

As per Android Headlines, this news follows a report in January where GoPro said that it would be letting go of its drone segment on account of its business woes.  Right now the details available about this deal are scarce, however, we shall keep you updated as the story develops.

GoPro recently launched its GoPro HERO camera in India for a price of Rs 18,990 and is available for purchase exclusively on Flipkart. The ‘HERO’ branding refers to the fact that the product is aimed at beginners or hobbyists who don’t want to spend as much on an action camera. GoPro confirmed that this camera will replace Hero5 Session as the entry-level option and Session will not be available on sale on its website.

Espionage Act: What you need to know about the law Donald Trump may have broken