New patent images from last year show that Xiaomi could have plans for a foldable clamshell-design phone.

According to a set of newly released patent images, it seems like Xiaomi is probably working on a foldable phone with a clamshell design that we recently saw on the newly announced Motorola Razr. Coming from the China National Intellectual Property Administration (CNIPA), the images were initially submitted back in August 2018 but they became available recently.

Xiaomi logos are seen during a news conference. Image: Reuters

The images were spotted by Tiger Mobiles first. Gizmochina reported that Xiaomi has been finally granted the patent for the foldable phone design. Looking at the design, it has a long aspect ratio and when folded, it’s almost a square.

Unlike the Razr that has a big display in the folded state, the patent shows a small rectangular display. On the rear, there’s a dual-camera setup and there’s a front-facing camera on a thin bezel on the top. While the patent is now in Xiaomi’s bag, we can’t say for sure whether it’s going to turn into a final product. This isn’t the only foldable phone that the company is working on. A promo video was revealed earlier this year of a Xiaomi foldable phone that folded at three sections. There isn’t any information whether that was only a concept device or if the company is actually going to commercialise it. 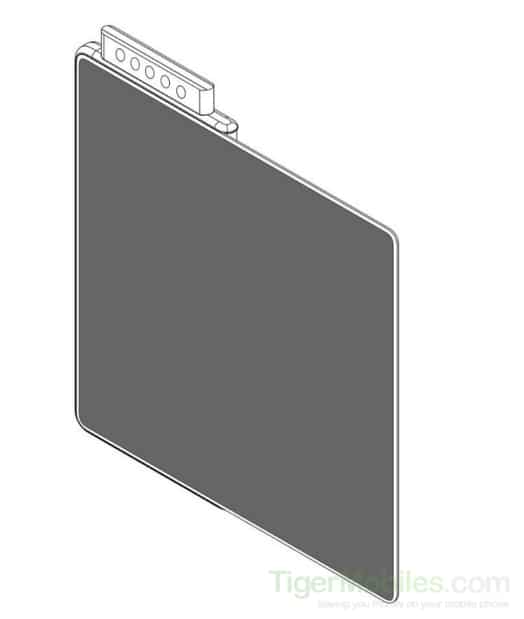 Tiger Mobiles also released more images of a patent showing another foldable phone with the display on the outside like the Huawei Mate X. However, unlike the Mate X, this design from Xiaomi has a bizarre penta pop-up camera design.

Xiaomi to reportedly build a three-panel smartphone which folds backward

Xiaomi working to strengthen its patents before US market entry, says Barra

Xiaomi needs to pick up pace in a saturated smartphone market