Xiaomi looks to be getting in every electronic segment on the market with its hand in smartphones, tablets, TV's, Wi-Fi routers, wearables and more. Xiaomi had also launched its own headphones back in 2015 called the Mi Headphones and they were priced at around $80. Now Xiaomi has tweeted out another photo where a man is seen wearing golden coloured headphones with the caption " Are you ready to get in the zone with #Xiaomi?". 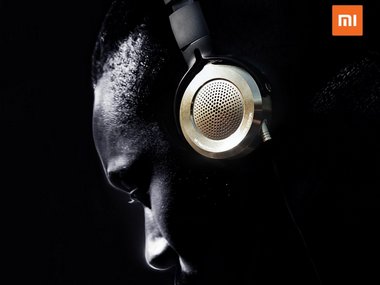 This could mean that the Chinese smartphone maker will be introducing a long overdue successor to the Mi headphones. No other details have been provided by Xiaomi and we have no information on the price or availability of this set. However, since Xiaomi has modeled the company around providing budget-friendly and quality products, it could be assumed that these new headphones are going to be priced at around the same as the first Mi Headphones.

Are you ready to get in the zone with #Xiaomi? pic.twitter.com/73ComB5U5v

In more Xiaomi related news, Xiaomi India Managing Director and Global Vice President Manoj Kumar Jain said that the company's  inventory does not last even a week as their smartphone sales are faster than other brands.

The exponential growth of Xiaomi in India, especially in the last two quarters, when it dethroned Samsung from the top spot, has alarmed the South Korean giant — a market leader for years — which registered 27 percent growth in its mobile business revenue for the financial year 2016-17, touching a mammoth Rs 34,300 crore.

Television explosion kills teenager in Ghaziabad: The reasons why the device explodes and how to prevent it