The phones go on sale from next week and considering the success that Redmi Note 4 achieved, it is likely that Note 5 series will retrace the path.

Xiaomi took the Indian smartphone market by storm after it launched the Redmi Note 5 and Note 5 Pro on 14 February. The phones go on sale from next week and considering the success that Redmi Note 4 achieved, it is likely that Note 5 series will go on a similar record-breaking spree. 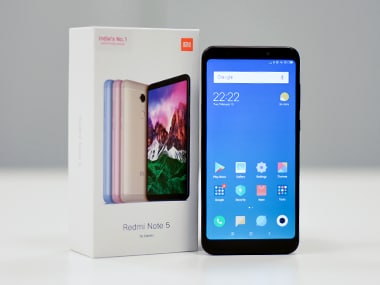 According to a GizmoChina report, Xiaomi India MD, Manu Kumar Jain said that both the smartphones will be 100 percent manufactured in India and more details about the same will be coming out soon. He also added that Xiaomi is planning to ramp up operations in the country, which is incidentally the second biggest market for the company. After launching its third manufacturing plant in Noida, Xiaomi is looking to set up more plants across the country.