Xiaomi continues to sail forward as it sees a a 32 percent strong growth annually.

Xiaomi logos are seen during a news conference. Image: Reuters

But, this year around 337 million people will be smartphone owners and Xiaomi continues to lead in terms of most shipped smartphones.

The company has seen a 32 percent strong growth annually according to a fresh report in Canalys. The Chinese phone maker has managed to sell more than 12 million smartphones in the country in the third quarter. Manu Kumar Jain also in his Linkedin profile mentions Xiaomi to be the number one smartphone brand in India. In Q3 2017, Xiaomi had managed to sell around 9.2 million smartphones.

Next up is Vivo, which according to the report has seen a steady growth of 12.3 percent with 4.5 million shipments and a total of 11.1 percent market share.

Oppo comes in fourth as the report states that it shipped about 3.6 million units. Oppo saw a fall in its shipments by 2 percentage points to 24 percent. The reason for this drop of two percent, according to Canalys, is said to be due to the strong performance of its secondary brand 'Realme' which shipped 80,000 units in Q3 2018. 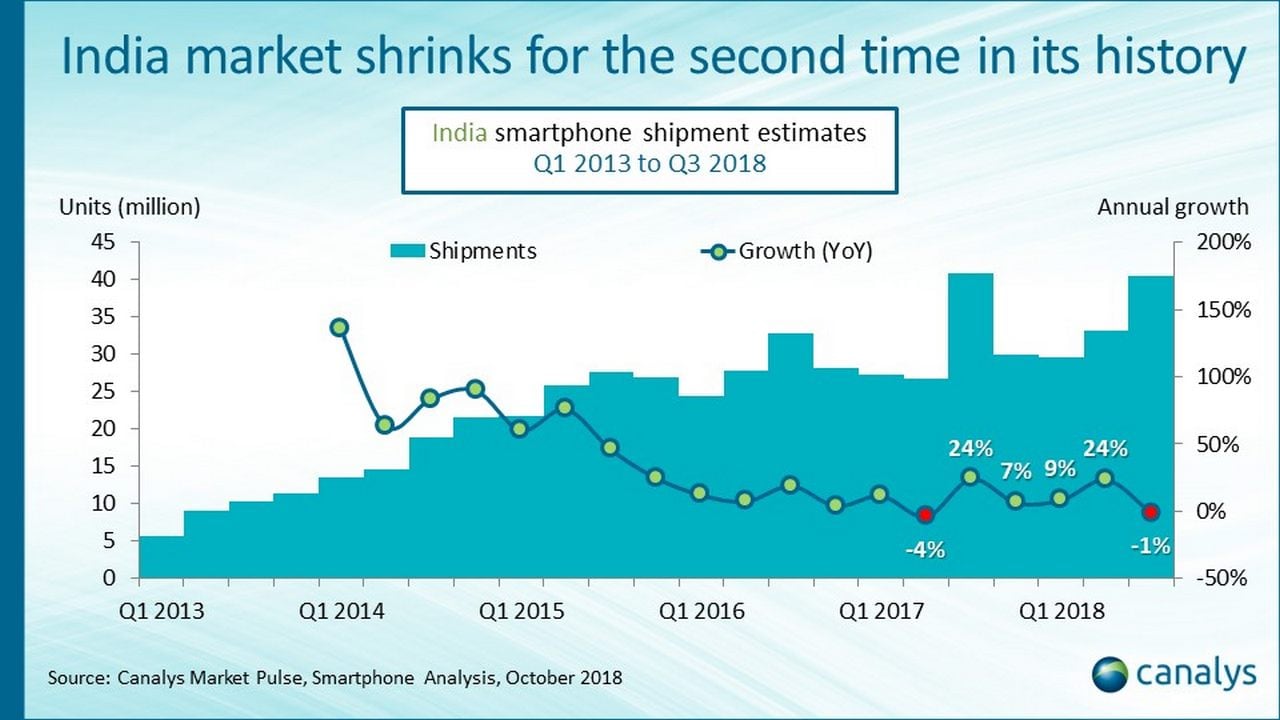 Micromax has also strived to make its place in the top five smartphone vendors with 2.6 million shipments in Q3 2018, giving it a 6.3 percent share. The company had gained a 3.9 percent share in the Q3 2017. It managed an annual growth of 61.5 percent. The report states that this is Micromax's best performance in the past few years, and the credit is given to the government order from Chattisgarh. The order decided to provide smartphones and Jio connectivity at a fixed price of Rs 2,510 to five million women and college students.