Under this project, Xiaomi has taken the responsibility to restore Kempabudhi kerre lake in Bengaluru.

Xiaomi India has announced a new exclusive ‘Lake blue’ edition’ in the Indian market. The company has not changed any specifications for the Redmi Note 4 with this edition. The only different thing about this smartphone is the ‘Lake Blue’ colour. One thing to note here is that this edition will only be available in 4 GB RAM and 64 GB internal storage variant.

The reason for the introduction of this new edition of the Redmi Note 4 is because of the ‘Wake the Lake’ project. Under this project, ‘Xiaomi has taken the responsibility’ to restore Kempabudhi kerre lake in Bengaluru. This edition will go on sale starting at 12 pm on 4 September. Interested buyers can go to Mi.com, Flipkart or Mi Homes to buy the 'Lake Blue' variant of Redmi Note 4. The company has teamed up with United Way, a Bengaluru-based NGO working on restoring lakes and Bruhat Bengaluru Mahanagara Palike (BBMP). Kempabudhi kerre was inaugurated by Kempegowda, the founder of Bengaluru. The company is working with BBMP to restore a number of aspects of the lake including plantation of saplings, setting solar lights, outdoor fitness centre, play area for children, setting up toilet facilities.

Vice President of Xiaomi and Managing Director of Xiaomi India, Manu Kumar Jain issued a statement stating, “We are a company who believes in giving back to the community. Water bodies have been the source of water for ages for people of Bengaluru but over the past decade, these water bodies have been facing serious threat. To show our concern for the cause we are taking up the maintenance of Kempabudhi kerre, to support BBMP in bringing it back to its initial days of glory as a project under Swachh Bharat Abhiyan. To commemorate this cause, we are launching Redmi Note 4 Lake blue edition which would further contribute to this cause.” 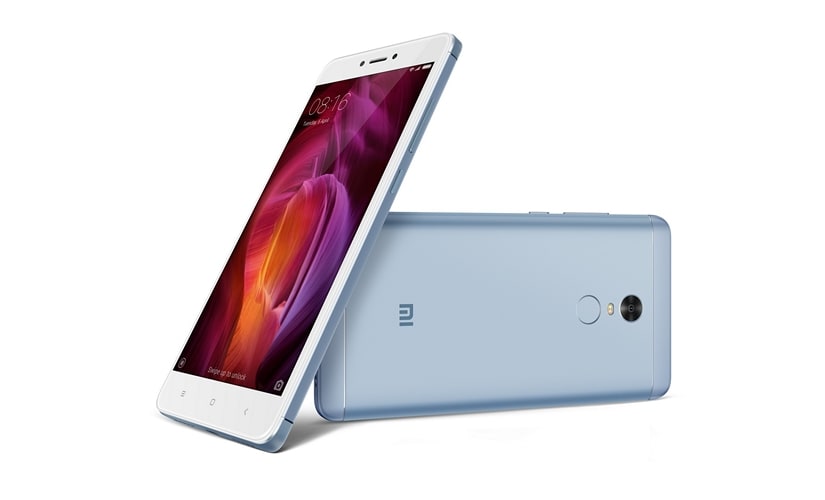 For the uninitiated, Xiaomi Redmi Note 4 will sport a 5.5-inch Full HD IPS LCD display on the front covered with curved protective glass. The smartphone is powered by an octa-core Qualcomm Snapdragon 625 processor which sounds like a step down from the Snapdragon 650, but is said to be more power efficient. There are three memory variants on offer which include 2GB RAM with 32GB of storage, 3GB RAM with 32GB storage and 4GB RAM with 64GB of storage. All the variants come with an option to expand the storage supporting microSD cards of up to 128GB. There is a new 13MP camera at the back with PDAF (phase detection auto focus) and a dual tone LED flash, while on the front there is a 5MP camera. Connectivity options include support for dual-SIM (hybrid SIM card slot), 4G with VoLTE, Bluetooth, Wi-Fi, GPS with GLONASS, infrared sensor and a microUSB port. Rounding it all off is a fingerprint scanner at the back and a 4,100mAh battery to provide the juice.