Xiaomi is not the first to introduce an exchange program in the country. Competitors Samsung and OnePlus also have their individual trade-in programs

After opening a number of Mi Home stores and strengthening its offline retail network across the country, Xiaomi intends on further reducing costs for the end consumers who buy Xiaomi products. 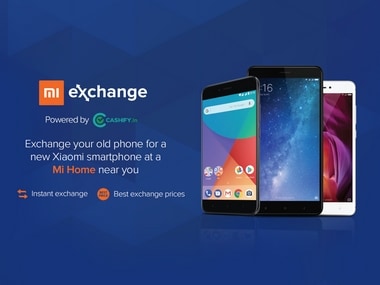 The company on Tuesday announced Mi Exchange, a trade-in program in partnership with Cashify which will further reduce the price of its Redmi and Mi smartphone line-up. Mi Exchange, as the name suggests, allows users to exchange their older smartphone for a new Xiaomi smartphone.

Based on the information provided in a blog post, a Cashify team will then inspect the old smartphone and quote a price which depends on the condition the smartphone is in. The returns will be evaluated based on market conditions, which can be redeemed as a discount voucher while purchasing a Xiaomi phone.

Customers can also have the smartphone delivered to their doorstep and still avail the refund. However, in this case, the entire amount has to be paid upfront, after which an employee from Cashify will come and inspect the old smartphone, handing over its value as cashback.

The market value as defined by Cashify can be found on their website, for a clearer idea of how much the old smartphone is worth. The terms and conditions for the exchange to be possible have been listed here.

Xiaomi is not the first to introduce an exchange program in the country. Competitors Samsung and OnePlus also have their individual trade-in programs allowing discounts to their users.