While it sure is expensive, the Xgimi Halo will meet the needs of anyone seriously considering a portable projector with its impressive range of capabilities.

Not being well-versed in projector tech, and having largely sidelined the segment for years, I didn’t have high expectations from the Xgimi Halo portable projector, especially given my previous experience with the BenQ GS2. The Halo, however, turned out to be surprisingly capable and impressed me with its image quality and features.

Designed to be portable, the Halo isn’t large and comes with a nifty carry case with internal padding to ensure there’s no damage during transport. 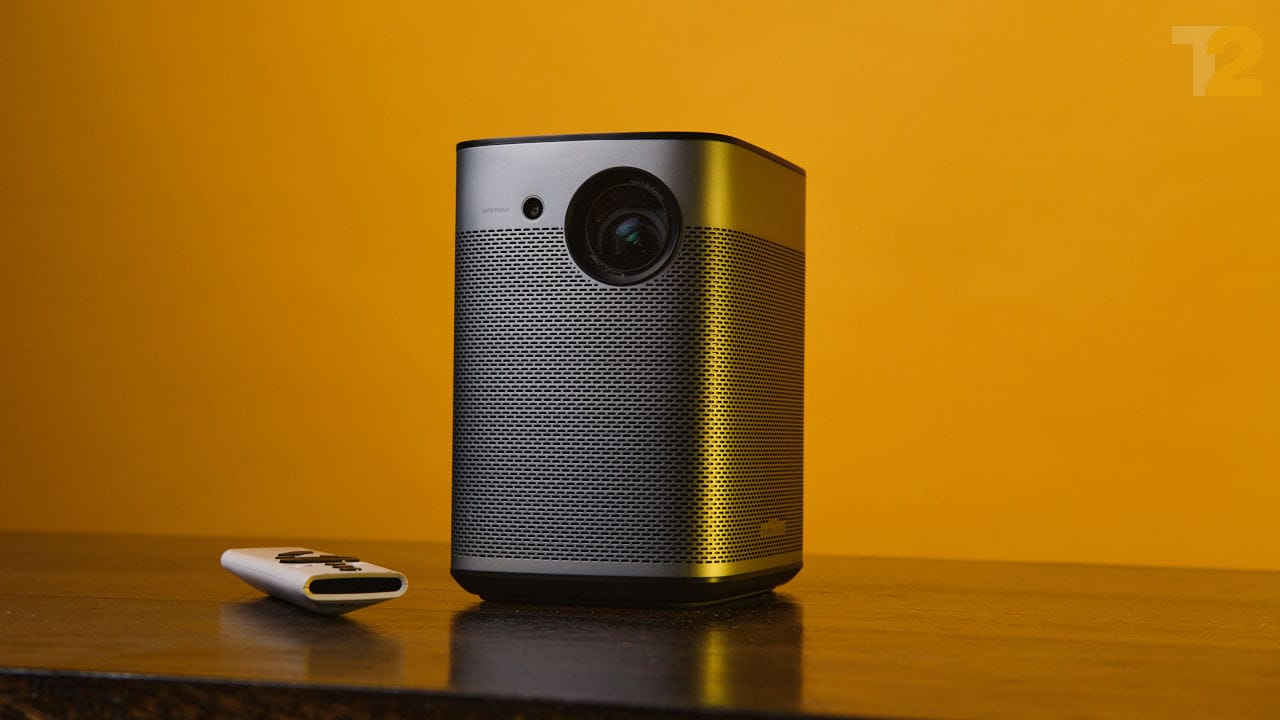 The Xgimi Halo’s design is simple, but it looks good and should comfortably meld into your living room or bedroom. Image: Anirudh Regidi

The projector itself is a tallish cuboid sporting a grey metallic finish. It’s a simple design that looks good and I don’t think it’ll look out of place in a living room or bedroom. Inputs include HDMI and USB 2.0, and there’s a 3.5 mm line out that can be used for headphones or powered speakers. I’d have liked to see an optical out for audio, of course, but this isn’t meant to be used with fancy home theatres anyway.

An in-built battery provides up to four hours of playback time, and a pair of five-watt speakers handle audio. The device is running Android TV, which means you get access to a tonne of apps and all the popular streaming services without needing to plug something into the HDMI port. Additionally, there’s Chromecast support, allowing you to simply stream content from your phone.

I was a bit worried that the 16 GB of internal memory wouldn’t be enough, but I installed all streaming apps I could find without issue. If you download a lot of videos, you will soon run out of space, but you could just plug in a pen drive or portable HDD instead.

The only part that took time was logging in to Android TV and individually signing into my streaming apps.

To test the projector, I set it up five feet away from my screen (a reflective grey one, if you’re wondering) and set about watching movies via the built-in apps and over HDMI via a MacBook. I also docked my Nintendo Switch to test gaming performance.

Overall, the projector was impressive for its size. The lamp is rated at 800 lumens (though I measured 60 lumens on the screen) and is just about bright enough for use in a darkened room. When streaming from my laptop, blacks appeared crushed and a bit too deep. As it turns out, the projector appears to support a more limited 16-255 HDMI range, and not the full 0-255 you’d expect from a good TV or PC monitor. Still, colour quality and sharpness were more than good enough for watching movies and TV shows.

The gaming experience was good and there was no perceptible flickering or tearing. I wouldn’t recommend gaming on this projector, especially given the low brightness, but it’s a good experience for casual gamers, nonetheless.

On calibrating with an i1Display Pro Plus, I found impressively low black levels of 0.098 lumens, leading to an equally impressive contrast ratio of 622:1. I measured an average △E of 5.3, which is pretty good for a portable projector. △E indicates the variation in the colour rendered by a projector or display to that which is expected from an ideal projector or display. Values under 2 are considered ideal, as smaller variations in colour are almost imperceptible to the human eye. 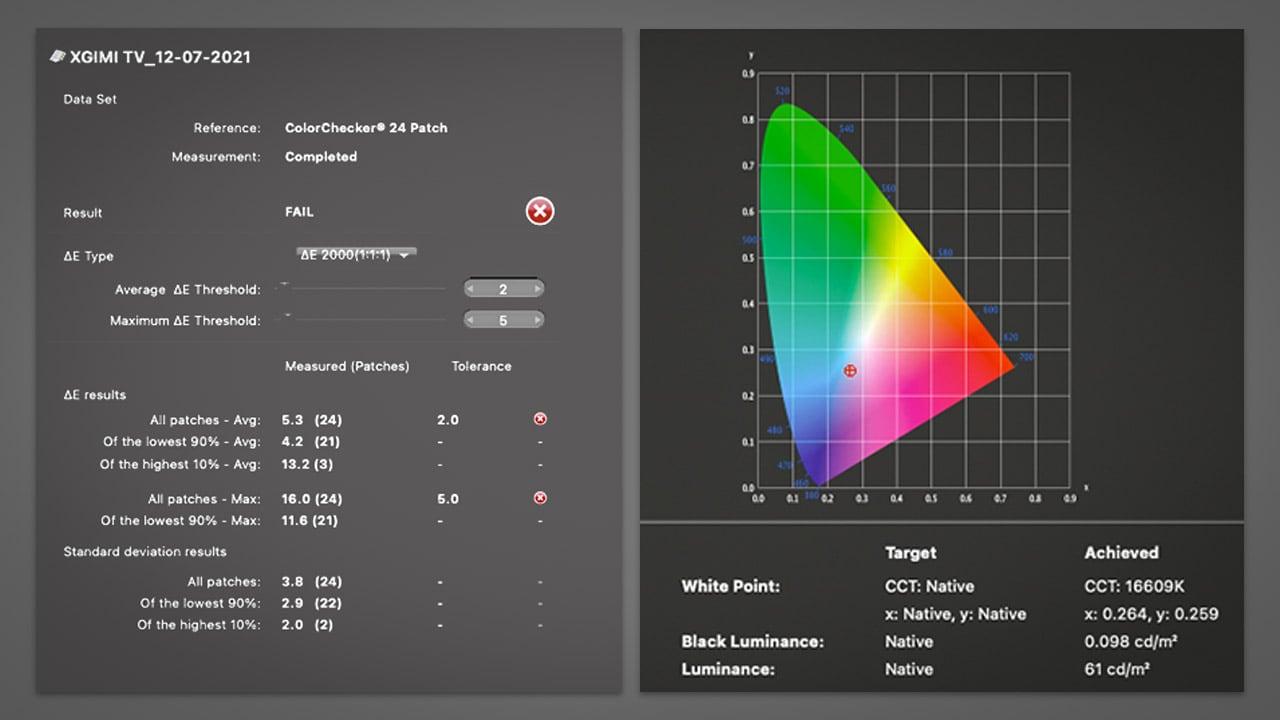 Colour accuracy and white balance is very good, as is the contrast ratio. I do wish that the image was brighter, though. [Data captured via an i1DisplayPro Plus colorimeter]

Essentially, colour accuracy is good enough for you to not feel the need to immediately calibrate the screen.

Oh, and the speakers sounded great. Tuned by Harman Kardon, they’re loud enough to fill a small room and had adequate bass and clarity for portable use.

Verdict: If you’re in the market for a portable projector, the Halo is a great choice

Compared to the similarly-priced BenQ GS2 I’d reviewed earlier this year, the Xgimi Halo is poles apart. It’s missing the weatherproofing features of the GS2, but doubles the resolution and offers speakers that are significantly more powerful. Battery life is also higher, the remote is more refined, and the setup process is much simpler.  The AF and keystone correction systems are also faster and more responsive.

While I enjoyed my time with the Halo, it’s the price that I baulk at. I’m still not convinced that it’s worth spending Rs 90,000 on a portable projector when you could simply put that money into something like a 12-inch iPad Pro, but if you’re looking for a portable projector, the Xgimi Halo is an excellent device and well worth considering.