Apple has kicked off its annual World Wide Developers Conference 2020. WWDC usually happens in March of every year, however, it got delayed due to the Coronavirus outbreak this time, and was hosted virtually. As expected, the Cupertino-based tech giant has announced the iOS 14, iPadOS 14, WatchOS 7 software updates among others. The biggest announcement of the day, though, was still the transition of Mac laptops and desktops to Apple's own Silicon chips.

Here is everything that Apple announced today at its first keynote session: Users will now be able to pin their messages to avoid getting lost in the conversation. You will also be able to reply to a particular message and even mention people while chatting in groups. New Memojis with face masks and options to choose different age are also introduced in iOS 14. 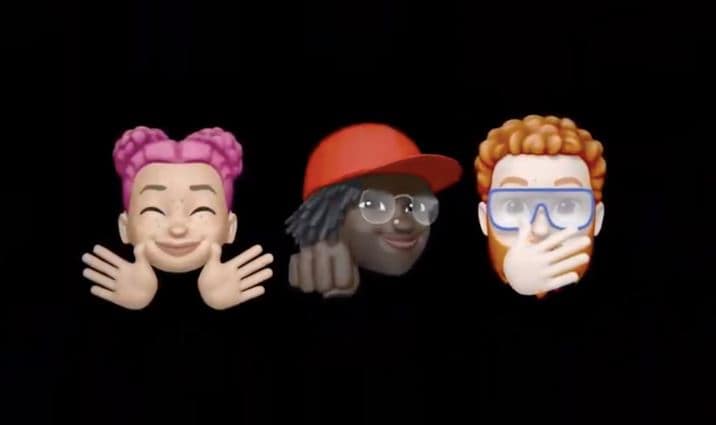 The feature uses motion data to detect movement of your head and device and constantly keeps the audio in sync with the visual. It will only come to AirPods Pro earbuds. Apple will now allow you to share Watch faces by simply long press on the desired watch face, tap on share and send to the concerned contact. You can get these faces from third-party apps as well, and can share them with friends and families.

This feature will let users schedule the wake-up alarm and bedtime alarm. Observing your micro-movements, Apple Watch will track your breath while you sleep.

Apple WatchOS 7's this new feature with the help of the iPhone will let the user customise the app shortcuts for snoozing notification, scheduling Apple Music playlist, turning on Meditation app and so on.

Watch OS 7, along with new workout supports, will now let you track your activity while you do Bollywood, Hip Hop, or even a Latin dance.

Apple apps will now let you ask apps not to track you or allow it, via simple pop-up notifications. Apple says it will also put up app descriptions if the app you are about to download will share your data with another app, and more details or how your data will be handled by particular apps.

HomeKit will now show you automation notifications right on the home page, and let you know if left a light on or a door open.

Using HomeKit, you can also sync your camera footage and watch it picture-in-picture on your TV via tvOS 14. tvOS 14 also lets you AirPlay your 4K videos on your TV. Apple Maps on macOS Big Sur will now let you create a guide right from the Mac. Apple claims that Safari is now 50 percent faster than Google Chrome. Apple will let users decide what apps and websites can use extensions, how long they want to activate them for, among other controls. Safari also has redesigned tabs to show website previews and use tab space more efficiently.

The transition from Intel to Apple's own silicon is one of the biggest announcements of the event today. Apple Silicon SoCs will apparently offer higher performance and low power consumption, and "will be great for gaming". macOS Big Sur on Apple Silicon-running Macs will benefit from native apps such as Apple Final Cut Pro and Logix Pro, which will be available by the time the new machines come around. Big software announcements included Microsoft office and Adobe Creative Cloud for Big Sur running Apple's own chips.

Intel-based Macs, however, are still around and will continue to be updated for the two-year transition to Apple's own chips. When that does happen, Intel-based software won't be left by the wayside. Apple has announced Rosetta 2, the successor to the original Rosetta emulation software that eased the first transition that Apple made away from PowerPC chips to Intel. Rosetta 2 will modify apps upon install to make them run on Apple chips.

This rounds out the long-expected integration of Mac OS X and iOS. Running the same silicon, there's no reason for iPad or iPhone apps to not run on the new MacOS anymore. And they indeed do, most likely without modification. This gives MacOS a huge bump in quality apps available, since it will now be able to run desktop, as well as mobile apps.