Worldwide, organisations will spend $96.3 billion on cybersecurity in 2018: Report

More than 60 percent of organisations globally will invest in multiple data security tools by 2020, up from 35 percent today, it added.

Slowly becoming aware of emerging cyberthreats, organisations worldwide will spend $96.3 billion on security in 2018, an increase of 8 percent from 2017, Gartner forecast on Thursday. 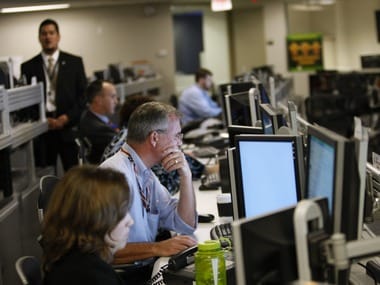 More than 60 percent of organisations globally will invest in multiple data security tools by 2020, up from 35 percent today, it added.

"Cyberattacks such as WannaCry and NotPetya, and most recently the Equifax breach, have a direct effect on security spend because these types of attacks last up to three years," he added.

Regulatory compliance and data privacy have been stimulating spending on security during the past three years, in the US and most recently in Europe around the General Data Protection Regulation (GDPR) coming into force on 28 May 2018, as well as in China with the Cybersecurity Law that came into effect in June 2016.

Skills shortages, technical complexity, and the threat landscape will continue to drive the move to automation and outsourcing.

Leaked data of Indian users available on bot markets for as little as Rs 490, at least 6 Lakh Indian afflicted