World Photography Day: Here's a look at the most iconic film cameras of all time

Gone are the days when you leaned over a tray with a single photo and developer in a seedy darkroom. Digital technology has replaced that era (apart from a few loyalists).

With World Photography Day having just gotten over, we often overlook how far we have come in terms of advancements in the field. Gone are the days when you leaned over a tray with a single photo and developer in a seedy darkroom. Digital technology has replaced that era (apart from a few loyalists). Film turned into instafilm and eventually led to digital. But there was something magical about the early days. The happiness of receiving your photos from the studio (unless you developed them yourself) after a long wait was unparalleled in those days. And there’s always the charm factor: some cameras didn’t even require a battery to operate (just to run the separate light meter).

And when digital cameras came on the scene, it was a revolution. 1.3 MP cameras were a big deal and the fact that you could store photos on, say, a 64 MB memory card without having to wait for them? Even bigger.

So let’s have a walk down memory lane and take a look at some cameras that really stood out through the times.

For this week, we’ll look solely at film cameras since there are so many great contenders.

Remember that camera that we said didn’t even require a battery? That’s the Pentax K1000. While technically it can operate without a battery, you’ll still need one to run its light meter, which is essential for a film camera unless you have a separate light meter (an accessory some people swear by even in these days where DSLRs have their own). 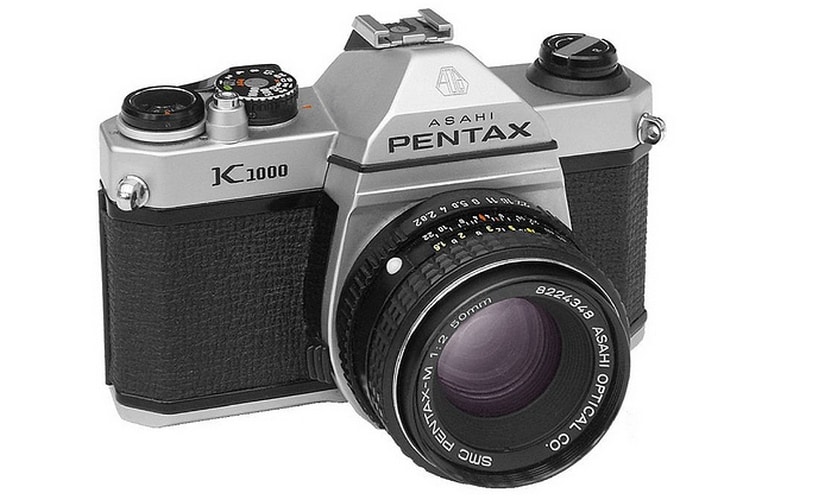 It did lack what we consider essentials today: no AF, no motordrive for the film, and it didn’t use a rangefinder (this was later corrected in the K1000-SE, an update to this model).

The K1000 was certainly not the first film camera but it *was* one of the most popular ones out there.

Leica M3
Leica has a reputation for making film cameras so great that they still continue to do it in this day and age, with some cameras having outrageous prices and little value for money.

But there was a time when Leica was king, and the M3 may have been responsible for it. Having been voted the top gadget of all time by eBay and Stuff Magazine, it has a demand even in today’s markets (and that’s really saying something). It’s a 35mm rangefinder film camera with a film advance drive instead of a manual knob, a new lens mount called the Leica M mount, and other nifty features for the time. The M3 was also known to have a tack sharp rangefinder view and focus.

This particular model was soon seen everywhere: in the hands of wartime photographers, as a casual tool for family snaps, and so on. While it was definitely more expensive than, say, the Pentax K1000, it had features that no other camera had at that point of time. Henri Cartier Bresson shot a lot of his iconic images using the Leica M3.

Nikon F
The Nikon F was Nikon’s first-ever SLR camera, and there’s no doubt about its popularity. Nikon knew this well enough to release a digital version of the same by around 2013 called the Df (D stands for Digital here). In fact, the Nikon F is regarded by some as the first-ever SLR system ever. While that may or may not be true, it was definitely one of the most widely used 35 mm SLR cameras out there.

While conventional film cameras used a window or a rangefinder for focusing, SLR cameras came with a prism, a motor drive for focusing and advancing the film, and other such advancements.

The F was among the first cameras to offer TTL metering, which meant you didn’t need a separately powered light meter anymore. It used Nikon’s F mount for Nikon’s lenses (which can still be used today on some Nikon DSLRs) and soon became the de-facto model to carry around when speed was a necessity.

Rolliflex 3.5F
This camera is interesting in more than one way. The most obvious reason is its design: It’s a TLR (Twin Lens Reflex) system as opposed to the standard SLR (single lens reflex system), a design that is completely absent in today’s cameras due to the unconventional design. Designing a digital TLR system would mean extreme effort and money, not to mention a selling price that almost no one can touch. 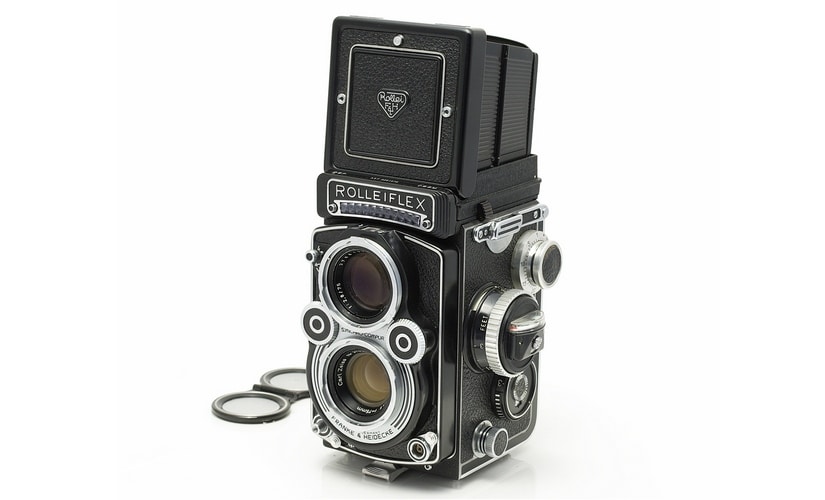 But film TLR cameras were highly popular, and the Rolliflex even more so. It took only 12 exposures per roll of specially developed 120 film, but had a Rollei adapter for 35 mm film as well. It featured dual 75 mm lenses, and a first in those days: a mechanical self-timer.

With all these advancements in mind, the quality of the images taken with this camera took the market by storm, and for a short while (until people started disliking the clunky build and moved on to more compact cameras), it was the king of the camera market.

Feathered wonders! The winners of Bird Photographer of the Year contest soar to new heights