Without a friend request, IB is still watching your FB page

The Intelligence Bureau has been scrambling to increase its ability to monitor a range of electronic communications including internet telephony services such as Skype. Are we running into an embrace that will get uncomfortable very soon?

You probably won't see a Facebook or Orkut friend request from the Intelligence Bureau anytime soon, but law enforcement and intelligence agencies around the world are already watching your walls and eavesdropping on your updates. They also want access to your mobile email, your Skype calls and instant messages.

The Intelligence Bureau has been scrambling to increase its ability to monitor a range of electronic communications including mobile email and internet telephony services such as Skype. The bureau also wants internet service providers to help them monitor social networks, instant messaging and web 2.0 services such as Google's photo-sharing site Picassa, according to an internal note from the Ministry of Home Affairs obtained by The Hindu.

Indian internet service providers are crying foul saying that they can't be held responsible for monitoring services that are in many cases provided by international companies. 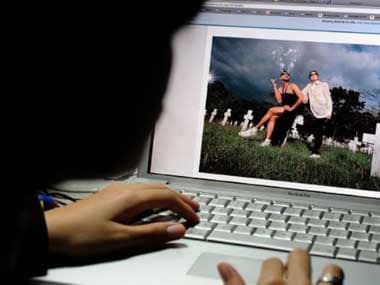 Major internet companies like Google already have systems to allow law enforcement authorities in the US to make intercept requests.Jay Directo/AFP

The electronic surveillance campaign has already led to high-profile showdowns with Blackberry maker Research in Motion and Nokia to force them to install intercept systems that would allow the IB to monitor mobile email.

Major internet companies like Google already have systems to allow law enforcement authorities in the US to make intercept requests.

Other countries, like China, are seeking the same access to communications from US companies that US authorities already have. Some security experts saw this as the part of the high-profile showdown between Google and China.

Indian authorities are casting their net much more widely. As Thomas K. Thoms wrote in The Hindu, "The security agencies have been insisting on getting real-time access to all services offered on telecom networks."

Even if they are allowed this broad access, it does raise the issue of whether they will be able to effectively analyse what will be a mountain of information.

The US is rapidly expanding its supercomputing capability to analyse information and break codes at the famous or infamous National Security Agency. The NSA is building a $895.6 million secure supercomputer to help it find the signals in all the noise of modern communications. Having access to all of this chatter won't be enough.

Intelligence out in the open

Intelligence agencies are already monitoring public updates on social networks in what they refer to it as open-source intelligence.

Why not? Instead of having to engage in secret surveillance, for the less private criminals amongst us, all they have to do is Google for evidence.

US authorities have used Facebook to track down and arrest foolish fugitives who have revealed their location on the popular social networking site. Last year, US authorities arrested a man who had been on the run for 12 years. He revealed his location after complaining about the cold weather in the US state of Montana.

Then there is the case in the US of 19-year-old Jonathan Parker who logged onto Facebook as he was robbing a house. Sadly for Parker, he also forgot to log out.

This might all seem like poetic justice for hapless and hopeless criminals, but internet sceptic Evegeny Morozov worries that we might be running into the embrace of Big Brother by making it easy for security forces to monitor political groups and public sentiment. In an interview with Radio Free Europe, he said:

"The reason why the KGB wants you to join Facebook is because it allows them to, first of all, learn more about you from afar. I mean, they don't have to come and interrogate you."

Governments could also use data-mining and sentiment analysis to monitor the mood of the country via social networks. Morozov said:

"If the Tunisian government had a sophisticated system of data-mining and analyzing everything that is happening in the country on social media, I bet they would have been much better prepared for what followed."

Without a friend request, IB is still watching your FB page

Google to build its first data centres in Asia

Google to build its first data centres in Asia