Samsung Electronics Co expects sales of its new Galaxy S III, launched at the end of last month as a main rival to Apple's iPhone, to top 10 million during July, making it the South Korean group's fastest selling smartphone.

Seoul: Samsung Electronics Co expects sales of its new Galaxy S III, launched at the end of last month as a main rival to Apple's iPhone, to top 10 million during July, making it the South Korean group's fastest selling smartphone.

It also predicted earnings from its handset division would be higher in the current second quarter than in January-March, countering market concerns that tight supplies of the new Galaxy model and the weak global economy would pressure earnings at Asia's most valuable technology firm.

Shares in Samsung dropped more than 4 percent on Monday to a four-and-a-half month low, after more brokers cut their quarterly profit outlook, citing concerns over its chip and telecoms businesses. The benchmark KOSPIstock index was down 1.6 percent.

"The overall market condition was challenging due to euro zone issues and tight supply of components ... but (our) second-quarter results will be better than the first quarter," JK Shin, head of Samsung's mobile division, told reporters. 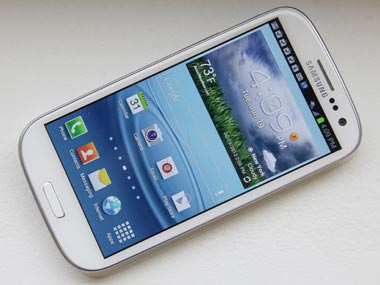 Samsung kicked off global sales of its Galaxy S III on May 29, but shipments have been affected by the tight supply of parts such as the handset casing for the pebble-blue model.

"Supply remains very tight due to strong demand and component shortages, but we expect overall supply conditions to improve from next week," Shin said.

Analysts have downgraded estimates for Samsung's second-quarter smartphone shipments in recent weeks, predicting that sales of the latest Galaxy model have triggered a steeper than expected drop-off in sales of earlier products. They also cited tight supply of the S III model and growing competition from low-end manufacturers such as Huawei Technologies and ZTE Corp.

JPMorgan cut its forecast for Samsung's second-quarter smartphone shipments by a tenth to 50 million units.

Samsung introduced its first Galaxy in 2010, three years after the iPhone's debut, to counter Apple's roaring success in smartphones and take advantage of stumbles at bigger rivals Nokia and BlackBerry maker Research In Motion .