WikiLeaks said it had confirmed that the 21,075 emails were sent or received by addresses associated with the campaign.

The whistleblowing website released the trove of leaked emails as a searchable archive. It came almost three months after the Macron campaign was hacked on the eve of his election, the Telegraph reported. 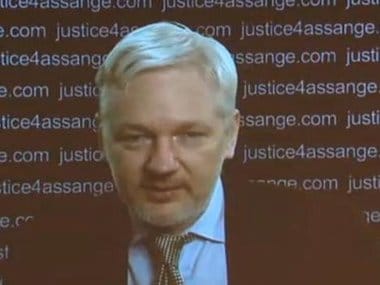 The organisation said it had confirmed the 21,075 emails were sent or received by addresses associated with the campaign by checking the "domain keys" used to sign emails. It published a further 50,773 emails it could not verify.

The Macron campaign announced that it had been hacked on 5 May, just days before his run-off victory over Marine Le Pen.

The Macron campaign had previously blamed Russian interests for the hacking and cybersecurity researchers linked the attack to a group known as APT28 or Fancy Bears, the group believed to have hacked the US Democrats last year and which is often linked to the Kremlin.

Assange's network said the emails had been verified through its DKIM system.

Just a day before the presidential election in France, a user by the name of 'EMLEAKS' posted about nine gigabytes of data containing emails from the campaign of French presidential candidate Emmanuel Macron on Pastebin, a document-sharing site.