Indian telecom operators say that not selling the iPhone is actually good business sense for them, because Apple's business proposition for operators in India's market just does not seem lucrative or viable enough.

Even as the world gets lost in the buzz created by the launch of Apple's iPhone 5, India is far away from the dizzy anticipation of the launch.

In fact, considering the sales that the iPhone has ratcheted for US service operators, many would think that India's cell phone service providers may be indulging in bad business judgement by not promoting it as aggressively as their counterparts in the US do.

But, India's operators, beg to differ. They say that not selling the iPhone is actually good business sense for them.

The reason being, that Apple's business proposition for operators in India's very competitive and price sensitive market just does not seem lucrative or viable enough. 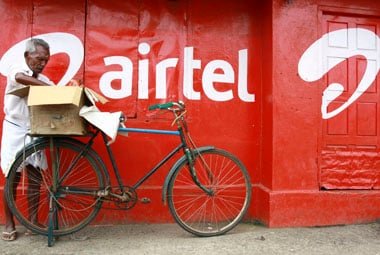 An official from a top operator in the business, who did not want to be named, told Firstpost that the terms for selling the iPhone that was being put forth by Apple was an unworkable model. "We don't like their business proposition. They want us to sell a huge number (of the iPhone), which doesn't make commercial sense," said the official. He also said that his company would offer the iPhone to Enterprise customers but not to regular customers.

Aircel provides its customers the option to buy the iPhone - 3GS, 4 and 4S, - in special plans such as a zero rental plan and a money back plan. The zero rental plans offered by the company gives the customer a certain amout of free talktime, free data usage on 2G network and free SMSes. A customer buying a 4S from Aircel can also avail a money back plan bundle, where the customer pays an upfront rental amount for 2 years, which could give them a discount of upto a 40 percent on the actual rental per month.

The iPhone bundles that Etisalat offers are a little more modest. The company offers its customers a package for the iPhone 4S, where the phone will be at a subsidised cost, it will come with 4GB of data and there will be no charge for a new mobile connection.

Idea Cellular's Chief Corporate Affairs Officer, Rajat Mukarji, also agrees that Apple's business proposition is unworkable in India, for the present. But, he also added that his company had an alternate model they wanted to pursue. "Let's say it's not purely that reason. We also have our own schemes for our postpaid businesss and our own handsets, which we want to promote," Mukarji told Firstpost.

Another reason why Apple's iPhone may not be on the company's radar is that the company's markets are mostly semi urban and rural which looks at smartphones costing Rs. 8,000 or less, which is what they sell under their brand name.

Like Idea Cellular, Videocon too sells its own phones.

The world's largest publicly traded company with a market capitalisation of $624 billion has only seen its stocks rise. And the craze for its products worldwide, has helped buoy that sentiment.

But the bedlam of jostling buyers and fans lining up in serpentine queues a day prior to the launch of an iPhone is yet to reach India. Till then, its a rare lull for Apple Inc. in one of the most complex business markets in the world.