WhatsApp's YouTube integration rolling out on iPhone; brings PiP video even when you switch chats

Instead of opening the YouTube app or going full screen, the video link now pops up in a mini window, with close, fullscreen, and the play/pause buttons available in WhatsApp chats.

While we have been hearing news about WhatsApp bringing full YouTube support to its chat interface for months, it was mostly available to beta users, until now. Owners of Apple's iPhones (or iOS users) now have access to rather nifty feature of viewing YouTube videos right within your chat. 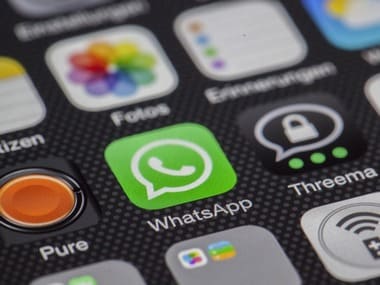 The new feature according to WABetaInfo is only available to those who have updated the messaging app to the latest version available on the App Store. The new update tagged as version which started rolling out recently is tagged as 2.18.11 mentions "fixes" for a checkmarks issue for those on iOS 7, but brings something more indeed.

Adding YouTube support means that iOS users can now tap on YouTube link in their chat to open up a YouTube video. But instead of opening the YouTube app or full screen, the video now pops up in a mini window, with close, fullscreen, and the play/pause buttons available. The new YouTube PiP streaming feature from pop-up to full-screen.

iPhone owners will also be able to view the same YouTube video in fullscreen. Add to that the ability to use pinch or expand gestures to increase the decrease the size of the pop-up video window. Users can also move the pop-up window anywhere on the screen or simply swipe it to the right (a left swipe on iOS takes you back to all chats) when something important shows up on the chat. 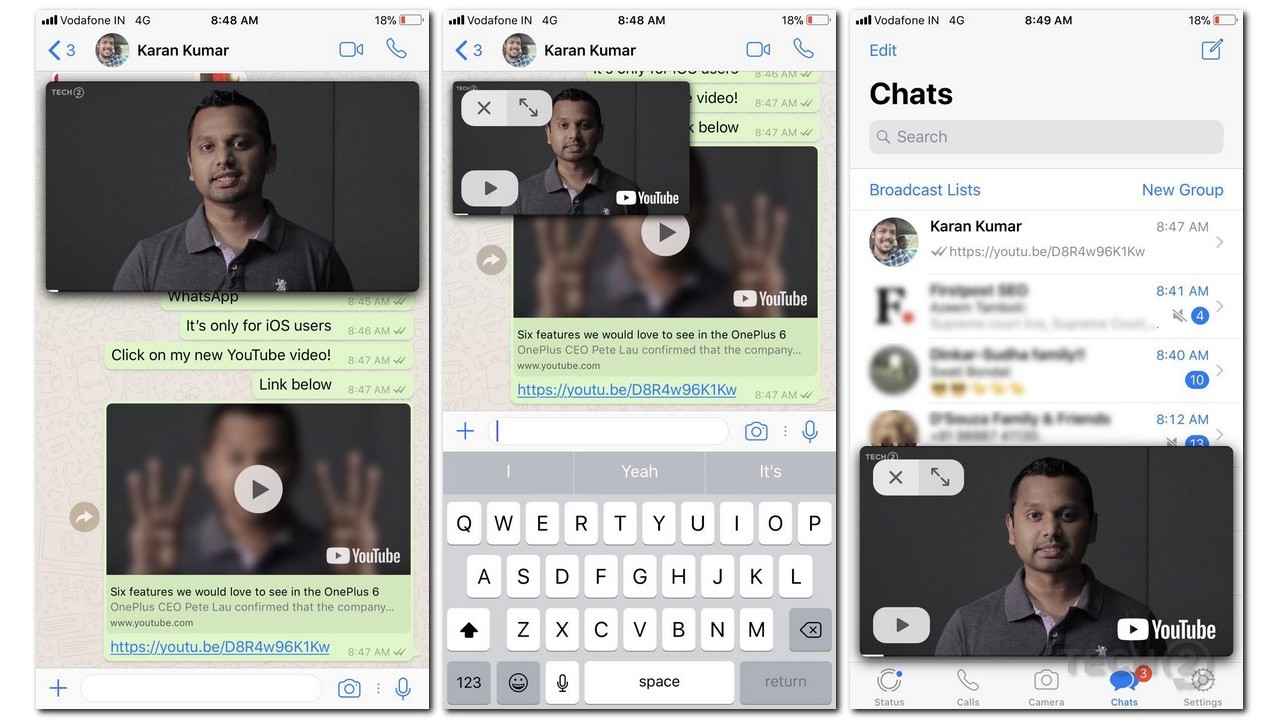 The new PiP streaming feature allows you to continue viewing your YouTube video when in other chats.

When swiped to the right side, the a neat-looking arrow appears on the edge of the video and users can tap to expand and continue viewing the where they paused earlier. Unfortunately the only way to access the scrubber is to view the view in full screen (horizontal or portrait) that will still run withing WhatsApp (does not leave the app).

What's even cooler, is that the PiP streaming window can also run when you are in the main 'Chats' section or even when you switch to another chat.

The PiP YouTube video streaming feature for now is only available for iOS users of the app, and we have no clue when Android users will see the same.