When a user is calling, WhatsApp Web will show a smaller, separate window smaller about the width of a notification bar to accept or decline calls.

The web version of the popular messaging app WhatsApp is likely to support voice and video calls soon, data from a recent beta update has revealed.

According to trusted WhatsApp leakster WABetaInfo, the latest beta update of the app that takes the update version to 2.2043.7, shows calling icons on the WhatsApp interface. Different screenshots presented by the portal also reveals how the under development feature might work.

One of the screen grabs shows a large window that appears on the chat space when a user receives a call from WhatsApp Web. The window carries the name of the contact and whether they are calling via voice or video call. At the bottom, there will be the green and red button from which users can select if they would like to accept or decline the incoming call. 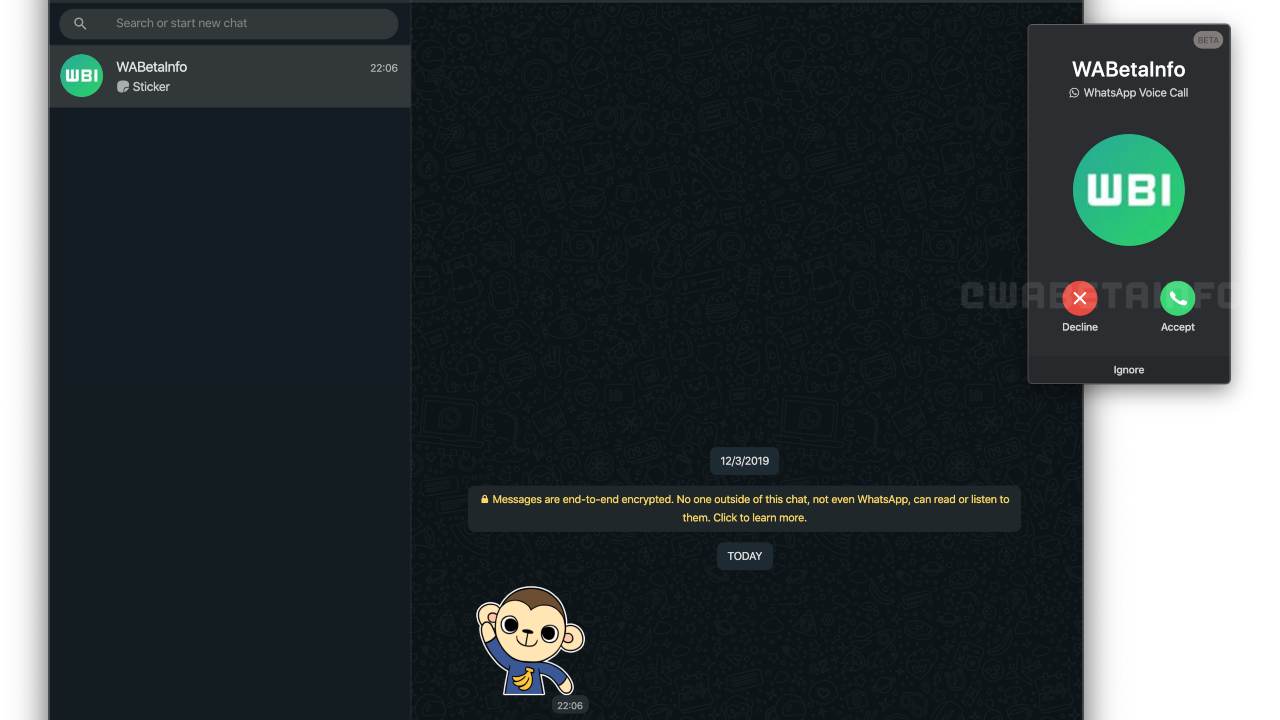 On the other hand, when a user is calling someone, WhatsApp Web will show another type of window, which is smaller and about the width of a notification bar. The window includes the status of the outgoing call whether it is ringing, connecting or so on. There are four other options visible on the right of this window, which are the video option, mute option, the three dots option and the disconnect call option. These features are quite like the mobile version of WhatsApp.

Interestingly, the features of group voice calls and group video calls are also present in the latest beta update for web clients. It is to be noted that as WhatsApp is currently working on the features, the future builds of the app might come with calling options or the firm might decide to drop the plans for now as well.

WhatsApp was apparently working on a vacation mode feature last month. The feature of archiving a personal or group chat was spotted from a beta update. But the feature is yet to hit the app.