WhatsApp has recently also rolled out a new Silent Mode feature, here’s how it works.

WhatsApp is reportedly working on a bunch of new features for the platform. There is a Vacation mode and a Linked Accounts feature under work.

According to a report by WABetaInfo, WhatsApp is currently testing these features, and they will be rolled out for Android, iOS and Windows Phone users very soon.

The first feature being reportedly tested is the Vacation Mode, which is essentially an extension of the Silent Mode, that has recently been rolled out for Android users (scroll below to know more about the feature).

Currently, when you archive a chat, WhatsApp automatically un-archives it once a new message is received from that chat. However, when you turn on the Vacation Mode, conversations won’t get un-archived even if you had previously muted them. 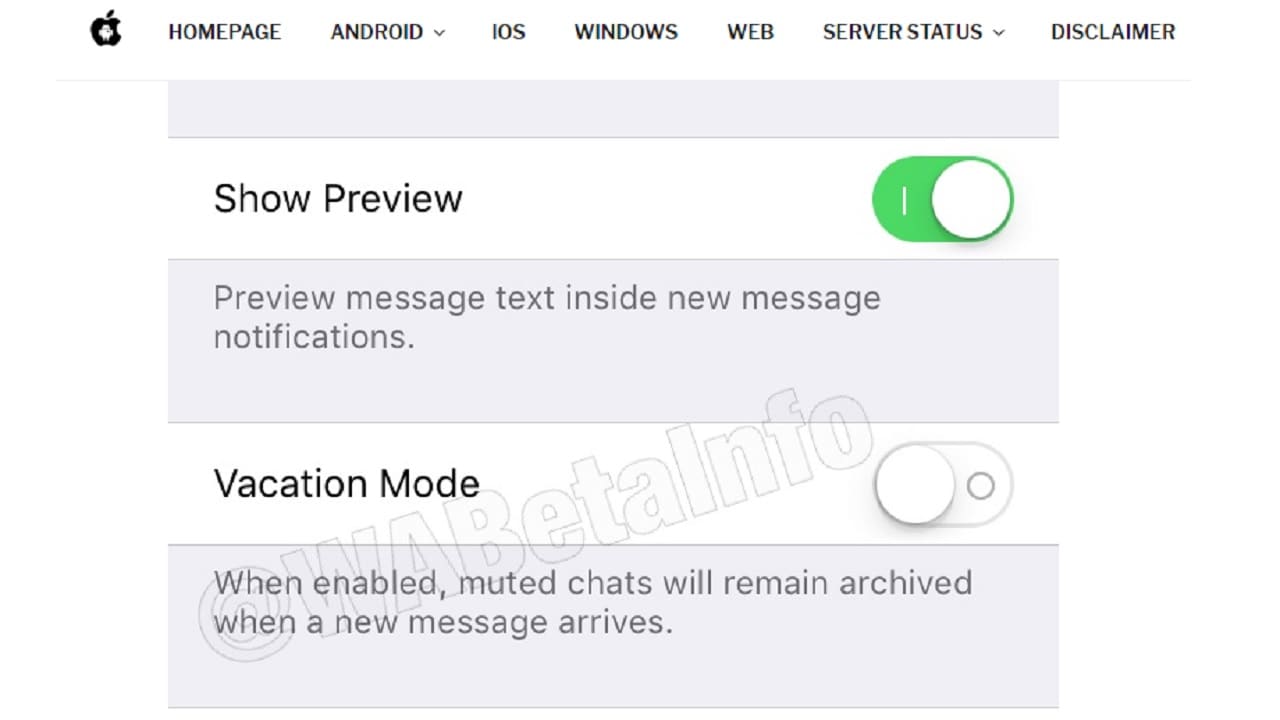 The purpose would be that if you are trying to get away from all the WhatsApp mayhem for a while, you can mute conversations, and schedule a little detox. And whenever you get back, you will still be able to get back to your archives despite receiving a new message in that chat.

This feature will show up in WhatsApp’s Notification Settings and will sit right below the Show Preview option.

The second rumoured feature is Linked Accounts, which will essentially link your account with external services, like Instagram, Facebook. The feature seems to be developed mainly for WhatsApp Business, however, according to the report, there have been some references of the feature in the main WhatsApp app as well.

The Linked Accounts feature will sit in Profile Settings on WhatsApp.

It’s hard to say what is the purpose of the Linked Accounts feature yet. However, last month, WABetaInfo had shared a tweet which said that you might soon be able to recover your Facebook account using WhatsApp. That may be one purpose of the feature.

In according to my discoveries, you will be able to recover your Facebook account using WhatsApp, in future.

The other possibility is, of course, cross-posting, which can be quite useful for WhatsApp Business account, especially.

For the ones who missed out on the WhatsApp Silent Mode, the feature has recently been rolled out and is available for most Android users. The feature allows you to hide app badge for the muted chats.

You don’t really need to enable the feature from Settings, it gets enabled by default.