WhatsApp payment has not rolled out officially and is still in the testing phase: Report

The feature is currently in beta but has not been publicly announced because it is not widely available on WhatsApp at this moment.

Contrary to media reports claiming that now you can transfer money via WhatsApp in India, the digital payment feature in the platform is still in the testing phase and will be officially rolled out to over 200 million Indian users in the days to come. 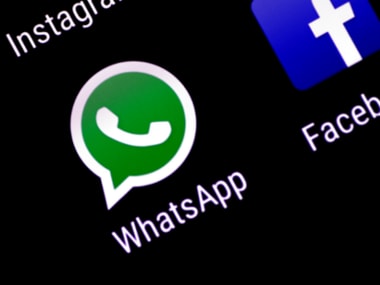 The feature is currently in beta but has not been publicly announced because it is not widely available at this moment.

Some users have received the beta update but "it will be wrong to assume that the feature is currently live in India for all users," informed sources told IANS.

"There will be an official announcement when the feature finally goes live in India," they added.

When launched, the new payments feature could give a tough competition to Paytm and other digital payment services like Google Tez.

The payments feature would take advantage of UPI (Unified Payments Interface) and include support by a number of banks, including the State Bank of India, ICICI Bank, HDFC Bank, and Axis Bank.

Beta testers found their WhatsApp interface displaying a large list of supported banks and they can see a payments feature to appear in their WhatsApp Settings menu.

In order to configure the feature, users must first verify their phone number via SMS and then choose a bank.

After the completion of the configuration, the option to send a payment becomes available.

The terms and conditions said that WhatsApp is not a licensed financial institution, do not receive, transfer, or store any funds in connection with payments, and are not responsible for UPI service interruptions or acts or omissions of PSPs or your bank including the payment, settlement, and clearance of funds.

WhatsApp payment option with UPI support is being tested in beta in India: Report

WhatsApp to bring an in-chat payment system; likely to be launched by December: Report

WhatsApp payments feature may be rolled out in full swing by next week: Report