The new WhatsApp feature is currently left disabled by developers for further refinement, a reason why most developers may not see it show up right away.

Facebook-owned WhatsApp has just announced their latest update for its beta testers and it seems like an advanced gif search feature is on its way soon.

In the new update launched through the Google Play Beta Program, WhatsApp version 2.18.93 sees the beginnings of a feature which will allow users to access gifs by sorting them into broad categories. According to an analysis of the update by WABetaInfo, the new feature is currently left disabled by developers for further refinement, but it should find its way to a stable version soon.

For the time being, only a select number of categories have been formed, but WhatsApp is expected to add more categories once the update is rolled out to all developers. In a blog post, WABetaInfo, states that the advanced gif search feature will also likely add the ability to bookmark gifs which can be saved for quick access. 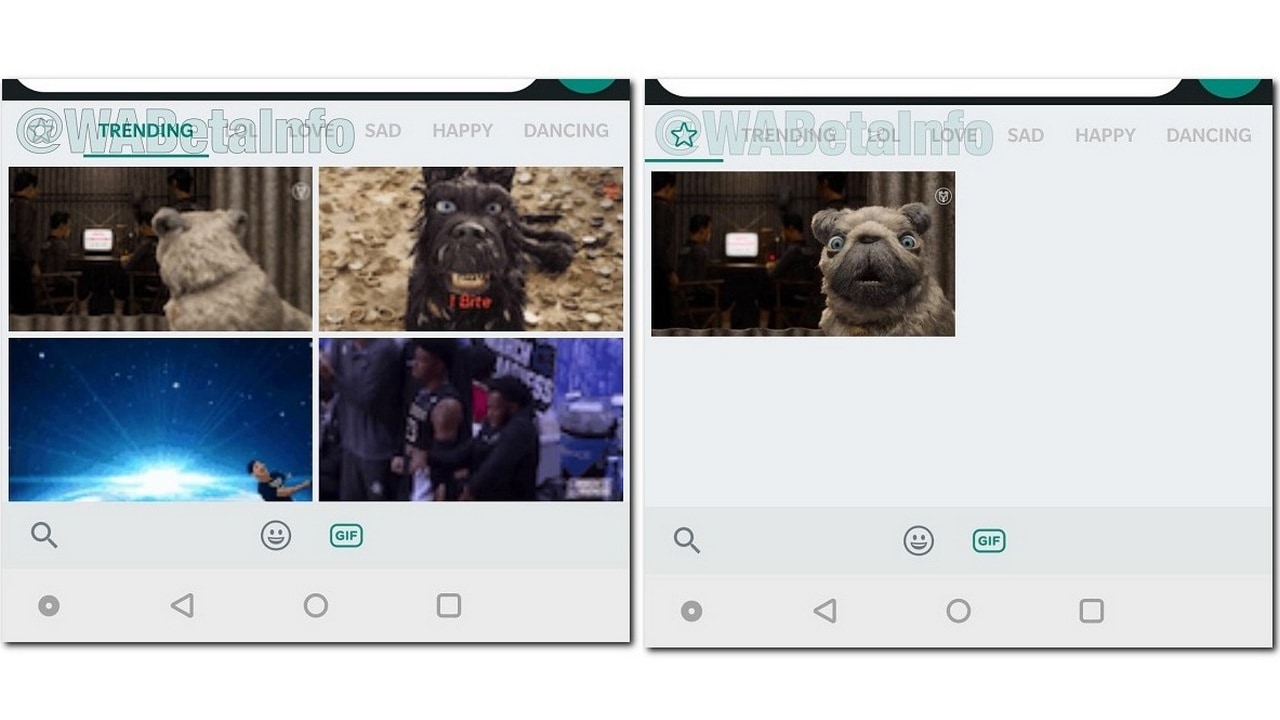 The post goes on to state that because of the feature being disabled for the time being, a number of beta testers who might have updated to version 2.18.93 may not see the feature immediately.

Apart from the new gif search feature the new update seems to be a minor update and does not bring any other noticeable additions to the app.