A report reveals that 'Rooms' will be a separate category in the 'calls' tab in WhatsApp.

Facebook recently started testing its video calling tool called Messenger Rooms that allows up to 50 participants. And as of today, the tool has officially started to rollout to users in India.

Parallely, WhatsApp is reportedly testing integrating Messenger Rooms on the platform as well.

(Also read: Facebook Messenger Rooms: What is it, how does it work, and should you use it? All your questions, answered!) As per a report by WABetaInfo, in the 2.20.163 beta update in WhatsApp for Android, Facebook has integrated Messenger Rooms in the messaging app. A "Room" option will not reportedly appear in the chat menu that will direct the users to Messenger Rooms where you can create a room and video call up to 50 people (including you!).

This feature was also spotted in testing last month on Android beta version of the app. 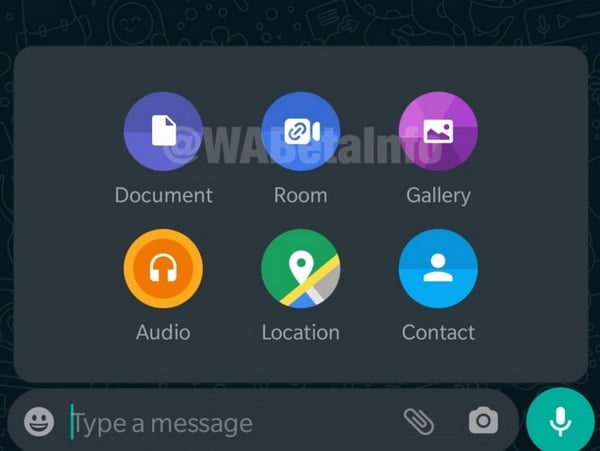 The report also reveals that "Rooms" will be a separate category in the "calls" tab in WhatsApp. Once you tap on the "Rooms" option in the "Calls" tab, it will ask you if you want to open the Messenger Rooms.

Since this update has reportedly rolled out in beta version hence it is expected to come soon to the stable version of WhatsApp as well.

Last week Facebook launched #MessengerRooms that lets up to 50 people video call at once and does not even require people joining the video call to have a Facebook account! But there is more to this tool than meets the eye. @Nandiniwhy explains all about the tool and why this could be a gateway to Mark Zuckerberg’s dream of cross-platform integration. . . #facebook #instagram #IGTV #messengerrooms #videocall #lockdown #lockdown2020 #covid19lockdown

Currently, WhatsApp allows up to 8 people on a group video call. To recall, you can create Messenger Rooms even if you don't have a Facebook account.