Admins of a group on WhatsApp, are now allowed to control messages being sent to the group while also having the option of editing the group info.

The Facebook-owned messaging platform WhatsApp is known to test out a bevvy of features in the beta versions of its application. It then introduces these features into the stable version of the app. Latest reports suggest that there are more features in store, which could be introduced in the stable app soon.

Based on reports by WABetaInfo, WhatsApp Web bearing the version number 2.7315 has received two new changes — a private reply feature and a picture-in-picture mode.

WhatsApp Beta app version number 2.17.424, 2.17.436 and 2.17.437 for users on iOS, Android and Windows Phone respectively, on the other hand, have received features such as tap to unblock a user, revised admin settings, shake to report and a new invite via link shortcut feature.

Diving deeper into the features, the new private reply feature does not really qualify as a feature and is more of a functionality add-on, allowing users the option to reply to a group message privately by selecting it.

PiP or picture-in-picture allows users to open a video in a separate floating window. This feature which has already been rolled out in the stable version for YouTube videos and Video calls on the app, it now has a new icon added to it. This icon which appears when the user is watching a video opens the video in a separate window when tapped.

Another feature which has made its way into the beta build is 'Tap to Unblock'. The functionality allows the user to simply tap and hold to unblock a previously blocked contact. Admins of a group on WhatsApp, are now allowed to control messages being sent to the group while also having the option of editing the group info. The beta has also brought a new invite via link shortcut which lets admins send an invite link to a user, allowing him or her to join the group. According to a report by GizBot, this new feature is available on WhatsApp for iOS and is expected to come to Android soon. 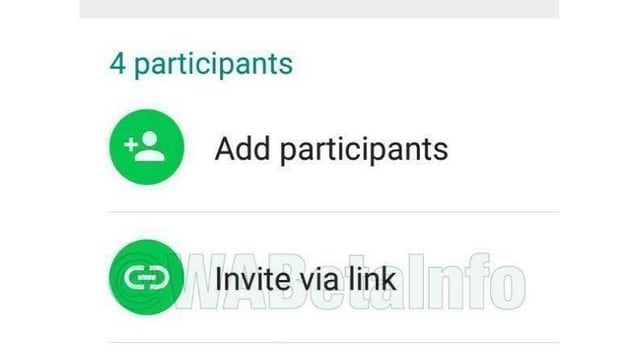 Setting these features aside, there appears to be another feature referred to as 'Shake to Report.' This feature available in version 2.17.437, lets users report problems faced with the current version of the app by simply shaking the smartphone. This feature, however, is expected to be a Beta version feature only, allowing testers to voice out issues at the earliest.