If you are on the WhatsApp beta program on Android, the new emojis are now available from the Emoji Picker.

WhatsApp has rolled out a new beta update for Android, which upgrades the app to v2.19.315. The only significant change that comes with the update is the new set of emojis, and updates to some existing ones.

The new Android beta update was first spotted by WhatsApp beta tester WABetaInfo, which revealed that the new version comes with the latest Unicode. Reportedly, if you are on the WhatsApp beta program on Android, you will be able to access the new emojis from the Emoji Picker.

As per the screenshots shared in the blog, the new emojis include a yawning emoji, waffles, a slice of cheesecake, ice cube, a standing human emoji, an emoji that looks like someone doing vajraasana, one that looks straight out of charades, a period emoji, among others. 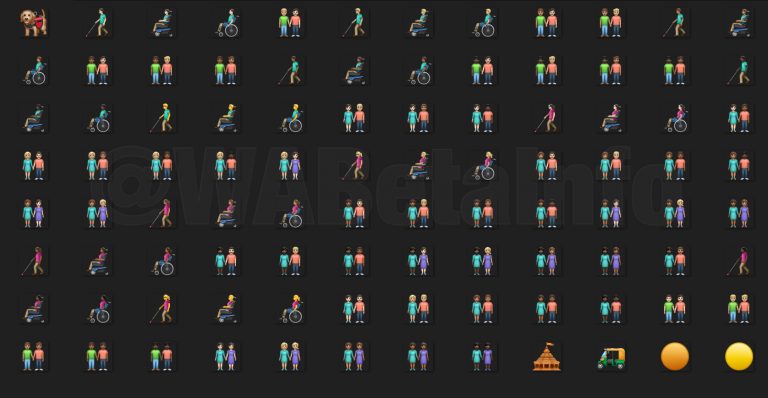 Separately, last week, WhatsApp beta for iOS was spotted testing a new feature that allowed streaming Netflix trailers directly in the app. Basically, when the feature is rolled out, sharing a trailer of a show or movie on Netflix to an iOS user on WhatsApp will show a large thumbnail with a 'play' icon, that will play the video within the app in a picture-in-picture format. You will not actually have to head to the Netflix app to watch the video. Similar to how YouTube videos play on WhatsApp currently.