WhatsApp and Facebook will be misused extensively in the next three days, says Parrikar ahead of bypolls

The comments come after a fake news report, quoted Parrikar as saying that he would opt to re-join the Defence Ministry if he lost the by-polls. 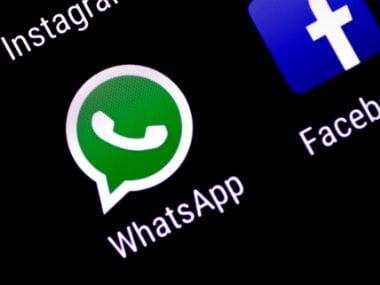 The former Defence Minister's comments come a few days after a fake news report, quoting Parrikar as saying that he would opt to rejoin the Defence Ministry if he lost the upcoming assembly bypoll, went viral.

"Someone created bogus news and quoted it everywhere. I had never spoken to the press. There was no news. A news item was created on the internet, quoting a media (channel) and it was sent to everyone. WhatsApp and Facebook will be misused extensively in the next three days," Parrikar said.

The Chief Minister on Saturday had denied speaking to the media suggesting that he was open to the idea of returning to national politics as Defence Minister, if he lost the 23 August by-election.

Shiv Sena mouth-piece had even published an editorial on Friday criticising Parrikar on the basis of this "news".

Fake news, mainly generated by website owners in order to drive readers to their sites to generate advertising revenue, was thrust into the spotlight during the US presidential election last year. Firms like Facebook have fought back by cutting financial incentives for sources of fake news, locking fake user accounts, limiting spam and reducing links to suspect pages.

The issue has also become a big political topic in Europe, with French voters deluged with false stories ahead of the presidential election in May and Germany backing a plan to fine social media networks if they fail to remove hateful postings promptly, ahead of elections there in September.