The administrators on WhatsApp groups will soon be able to choose if other participants can modify the subject of the group, its icon and its description.

The administrators on WhatsApp groups will soon be able to choose if other participants can modify the subject of the group, its icon and its description. According to Wabetainfo.com, a fan site that tests new WhatsApp features early, the Facebook-owned messaging platform has submitted this new update through Google Play Beta Programme in the version 2.17.387. WhatsApp has also announced advanced features for improved group management, including a tool that will prevent the group creator to be deleted from the group by other administrators, the report said on Friday. 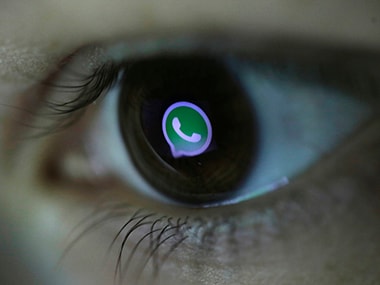 "WhatsApp Inc. has invited you to a testing programme for an unreleased version of the WhatsApp Messenger app. As a tester, you'll receive an update that includes a testing version of the WhatsApp Messenger app. Please note that testing versions may be unstable or have a few bugs," read the description available on Google Play Store. The improved group management features and all upcoming group improvements have been disabled for now. The feature will be available once WhatsApp enables it for all users.

Recently, reports said that WhatsApp's much anticipated "unsend" feature will be soon rolled out to all users. According to WABetaInfo, the messaging app is finally testing the "Delete for Everyone" feature. "The server finally works and it successfully recalls the message. It will be remotely enabled later and seen that WhatsApp 'enabled' their servers for the Delete for Everyone feature, it may really be enabled soon," said WABetaInfo in a tweet recently.

With this feature, the users will be able to recall or unsend texts, images, videos, GIFs, documents, quoted messages and even status replies within a five-minute window. WhatsApp will also facilitate instant money transfer via the Unified Payments Interface (UPI) transaction system soon. According to WABetaInfo, WhatsApp was finally giving shape to its plans towards bank-to-bank transfer using the UPI system.

In the new version '2.17.295' through the Google Play Beta Programme, it says: "WhatsApp Payments: the immediate bank-to-bank transfer with UPI." With over 1.2 billion monthly active users, WhatsApp is available in more than 50 different languages around the world and in 10 Indian languages.