Android vs iOS: 10 things that the OnePlus 6 can do but the new iPhone XS can't

Do iOS users really care that Android 9.0 Pie is more feature-packed than iOS 12?

Apple's September event has come and gone and left in its wake the dropped jaws of several friends and colleagues and left others still assessing the value of their remaining internal organs. As someone who's never been an iPhone user, I've often wondered at what the fuss was all about. I mean, those phones are quite nice to look at (But have you seen the Note 9?), but that price tag though. If you're paying Rs 1 lakh plus for a phone, it had better be perfect, right? I do wonder, how does Android compare to this veritable "God" among smartphones?

Time to rustle up a handful of iPhone-toting colleagues and demand answers. Boy, was I in for a rude surprise. How does iOS compare to Android?

For me, the biggest shocker was file sharing. I was shocked to find that the simple act of transferring data from your iPhone to your PC is a herculean task involving crossed fingers and silent prayers. Why is it so hard to transfer files to a Windows machine? Isn't most of the world on Windows? My colleagues do assure me that things are very different if you're using a Mac, so at least that's some consolation.

But file-handling is just the tip of a rather massive iceberg of horror still to be unveiled.

Apple's iOS is closed in and tightly controlled, unlike Android, which is based on a lot of open source code and more open to modification. If an iPhone user wants change, they can't have it unless the Apple Gods deign to deem said change worthy. 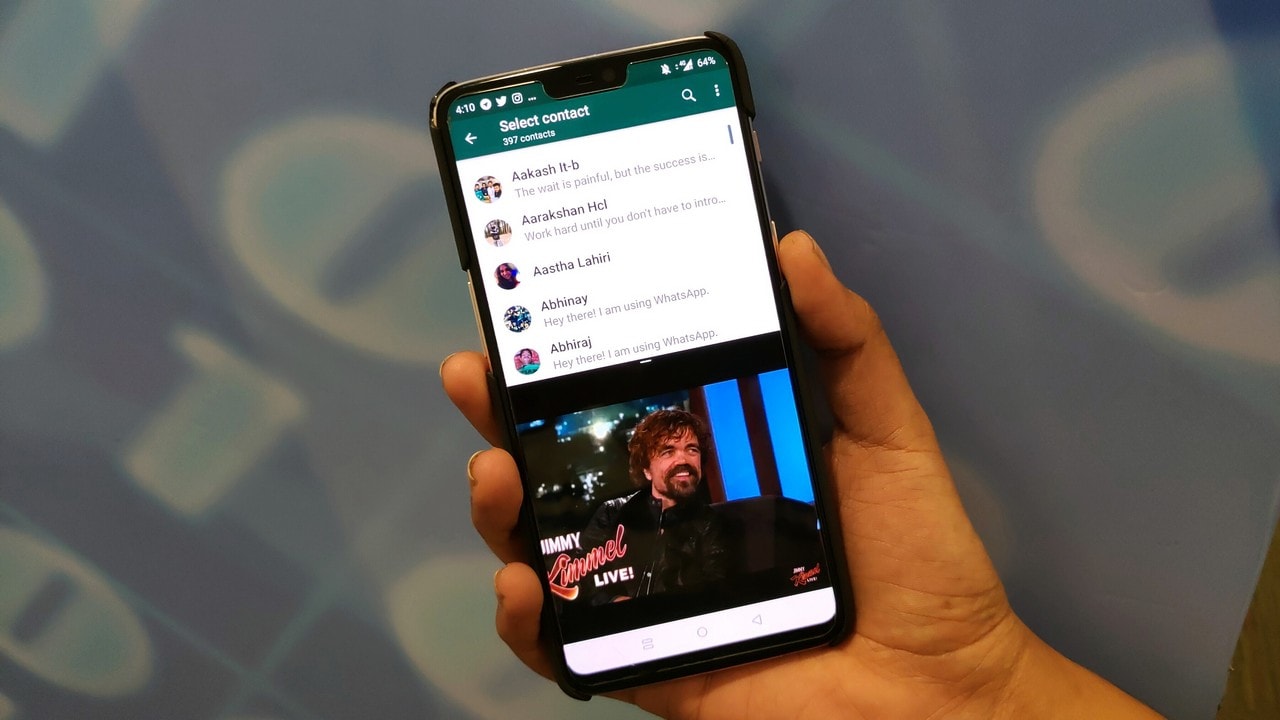 One of the most basic things that Android had introduced nearly two years ago on Android Nougat was the split screen feature. For certain apps, you could easily open two of them side by side at the same time. For example, I may want to be texting someone urgently and also watch a YouTube video simultaneously. With Android, I could do that. The Rs 1 lakh iPhone is just incapable of doing that.

I personally don't like to dabble with different launchers or themes on my phone. I'm happy with a stock Android-like experience on my OnePlus 6. But it still is some comfort that if I suddenly decide to change my mind one day, Android will allow me to change themes and launchers as I see fit. That is still a distant dream for iPhone users who have to contend with the single launcher that Apple has shoved down their throats. Not that the iOS UI is bad or anything, but there is a clear lack of choice when it comes to Apple's operating system. What if I want an app launcher?

Suppose I download a compressed file and now I've to extract it. What do I do? Download the file. Download an extraction app. Extract the file and Bob's your uncle. This is a feature even a device such as the Rs 2,000 JioPhone 2 should have. Well, guess what! Your Rs 1 lakh iPhone XS can't do that. As a matter of fact, you can't download anything from your browser to your iPhone. Now Apple might be doing this for "security" reasons, but quite frankly, I was incensed when I first heard this. Why am I not in control of what my phone does and doesn't do? 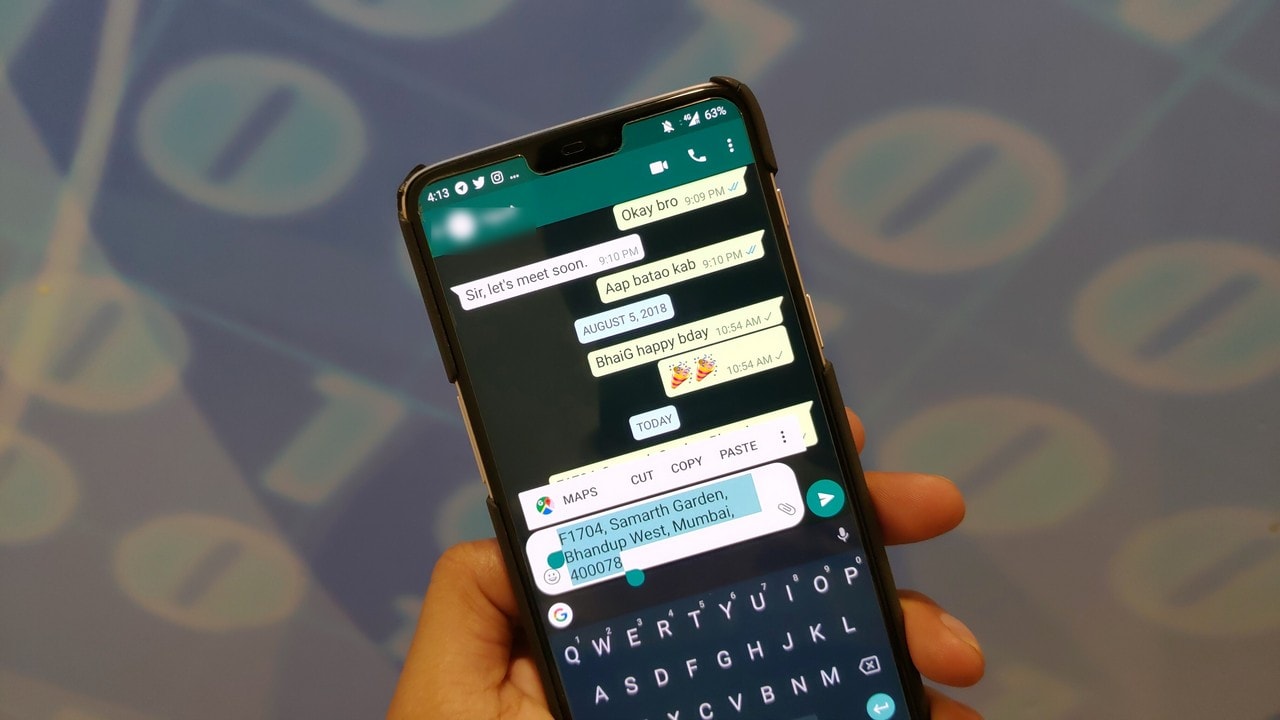 Android Oreo introduced some new features which showed the prowess of Google's Machine Learning. One of these features was smart text selection. If you selected some text, such as an address, Google will automatically identify it for what it is and open additional options, such as the ability to find the location (mentioned in the text) on Google Maps with just one touch. These things are not exactly significant, but they do make your life easier. But again here, Apple's iOS 12 has nothing like it.

Sometimes it might so happen that someone might want to use your device for some time and you'd rather not have them browse through your social media accounts (or take a peek at your browsing history). On Android, the solution is simple: Just create a guest account for said person and boom, there are now two separate WhatsApp apps, Facebook apps, Gmail apps, etc. Your original accounts are separated and this other user can use the parallel or mirrored app as they like. Pretty neat.

Well, Apple doesn't allow you to do it. For all its security and privacy, if someone else needs to access your phone, they will have access to your life. The part that matters, anyway.

Some people prefer Google Chrome rather than the inbuilt browser on their devices. Some prefer a different gallery app or some may prefer a different video playing app or a music app. Android gives you the freedom to choose whatever you want to make your default app for all of the above-mentioned things. On iOS? You guessed it, the browser is fixed to Safari, Maps is fixed to Apple Maps (you do get the option to choose Google Maps but it cannot be set as default), music is Apple Music ( for music that has been transferred from your PC/Mac to your iPhone), and so on. Granted, some of Apple's apps are quite good, but Safari is not Chrome and the less said about Apple's Mail app the better.

Reliance Jio's aggressive pricing strategy has sparked off quite the telecom war in India and unlimited data packs have become the norm. However, for people in other countries that are not privy to this, Android allows you to set data limit reminders so that you can cut down on data usage and save money. How does iOS handle this? It doesn't. On the other hand, you shelled out Rs 1 lakh on a phone, so obviously, paying for extra data charges (the sarcasm meter has broken) because iOS doesn't allow you to set data usage reminders is not a big deal.

On Android, your OTP is automatically entered into any app that requires it. You can change your ringtone to any song you like. You can use your phone as a USB drive to store and transfer information. You can download files above 120 MB on your mobile data. You can move files in different folders internally on your phone without connecting it to the PC. You can record call conversations. All of these are small things that I've taken for granted on Android. Unfortunately, that is not the case with iPhones.

Just look at the live wallpapers that Apple made a huge deal out of. They only work on the lock screen, and only when you press the screen (3D Touch or whatever), and do not animate on the home screen. Wha...? Live wallpapers on the likes of Pixel 2 or the Mi A2 are so much more interesting and fun!

I am curious about something, though. I'm an Android user, I love the freedom and customisation it offers. Maybe I don't understand what iOS is all about. Personally, I can't imagine using an OS as restricted as Apple's, on a Rs 1 lakh phone no less. But what about you, dear iPhone user? Do you care that iOS doesn't have some of Android's best features? What am I missing?