Welcome to the science renaissance, an inevitable era where humanity merges with AI, eradicates disease and spreads to the stars

Prepare for the Singularity, where AI merges with humanity, we grow regenerative tissue, eradicate diseases and more. Welcome to the science renaissance!

Prepare for the Singularity, where artificial intelligence merges with humanity to create super-humans as we learn to grow regenerative tissue, eradicate diseases with gene hacking techniques such as CRISPR and take our species beyond planet earth. Welcome to the Science renaissance.

It was in 2009 at a TED talk that Mexican-American sci-prophet and best-selling author Juan Enriquez spoke of an ultimate reboot for humanity. One made possible by cutting edge scientific breakthroughs that were just about gathering steam at the end of the previous decade.

Juan mentioned that the trifecta of cell engineering, the ability to grow living tissue in a lab and the rise of robots would redefine humanity. He wasn’t the first to connect the dots, but I liked his prophecy back then. He has followed through with his vision with his latest TED talk in June 2016 that asks, “What will humans look like in 100 years”. More on that in another article, but stay with me. Welcome to the science renaissance!

As a science and technology journalist, I have observed and constantly fed my curiosity with the intersection of science, its technological application and the human condition. While most people limit their definition of technology to shiny gadgets and supercomputers that we have come to know as smartphones, I like to look at the thread of science weaving with humanity. And I say this with absolute clarity that the era of Scientific Renaissance is upon us and we are well within it.

As LiveScience notes, "Many historians, including UK-based historian and writer Robert Wilde, prefer to think of the Renaissance as primarily an intellectual and cultural movement rather than a historical period." I prefer this definition.

The Science Renaissance began with the Information Age. The thing about calling a time period an “Age” is that you don’t know you’re in one till you’re in it. Which is exactly why we cannot predict what will supersede the information age. But if one observes the signals in the scientific community carefully, everything points in the direction of taking hominids to the next stage of evolution – Homo Evolutis.

In the next two to three decades, the fourth industrial revolution will be underway. The first took place in late 18th Century, the second in the late 19th Century, and computerization was the third. The fourth is undoubtedly artificial intelligence (AI). AI will enable breakthroughs in fields like genomics, nanotechnology and robotics (GNR) that will redefine our way of life. It will herald a new science and technology renaissance.

These factors combined will transform the world as we know it, but let me draw your attention to the four biggest sirens of the Science Renaissance that we are so gladly a part of.

Moore’s law and the advances in AI will ensure we reach Singularity soon enough. Within this century, there will be a peak to the information age. After humans gain full access to all the information humanity has collectively acquired, they can access it instantly, anytime and anywhere thanks to AI. I'm not talking of this kind of singularity

It might sound too futuristic, but it is not. Pick up your iPhone or Android device and speak to the virtual assistant. From weather, to real-time directions and traffic data to breaking news, information is conjured up in nanoseconds at our will. In the future, you’ll merely have to think a thought and information seeking won’t need an external manifestation.

We all know it is coming sooner or later, but the question is: Should humanity fear the singularity? Everyone thinks that when machines become smarter than human beings, they tend to take over the world – or so Hollywood’s Skynet vision would have us believe. Many of the world’s science and tech bigwigs such as Stephen Hawking, Elon Musk and even Bill gates have warned us against this future. But Ray Kurzweil is more optimistic than that. He thinks AI won’t be this big bad bully, forcing mankind into becoming a slave to the machines. Also, at some level, we are already slaves to the machines. Look at our current lifestyle, whose day doesn’t start and end with one? Kurzweil thinks this kind of dumb reliance on machines will give way to a highly evolved co-existence. Will humanity and AI peacefully co-exist? Could the movies really be that wrong?

“AI will give humans a boost because it might be inside our bodies. By 2030s, we will connect our neocortex, the part of the brain where we do our thinking, to the connected cloud.” Kurzweil said at SXSW conference in Austin, Texas.

The Technological Singularity will turn us into Super humans in the next 12 years or so. I believe Ray because after all, Google’s Director of engineering has made 147 predictions since 1990s and has an enviable success rate of 86 percent.

So, we will have AI powered super humans in a decade and a half, but what about our physical condition? What about hereditary diseases and medical conditions? 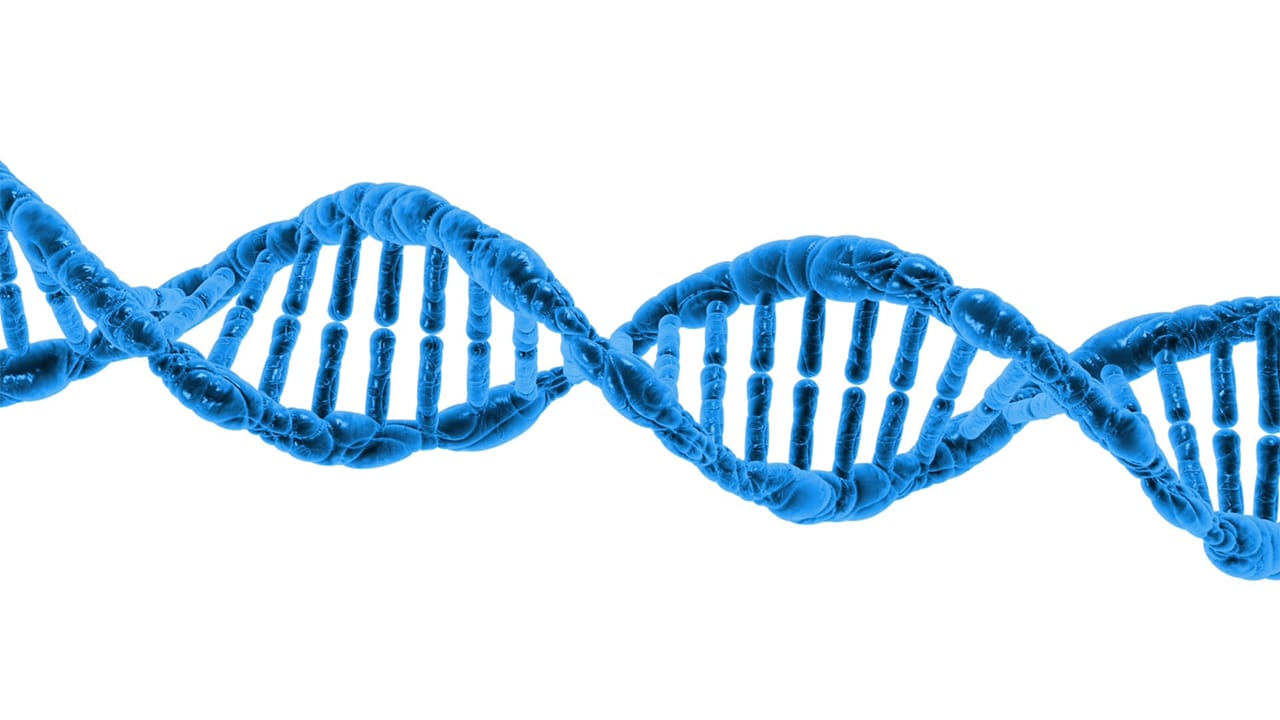 DNA splicing is already happening, and soon enough, it'll be the norm.

Every decade or so, a fundamentally new genetic technology comes along that has the potential to change everything. The new break-through in the scientific community being considered the most significant since the invention of DNA itself is CRISPR (Clustered Regularly Interspaced Short Palindromic Repeats).

What is CRISPR and how will it change the world?

CRISPR is a genetic engineering tool that makes editing DNA faster, cheaper and easier by miles compared to any alternate technique. Why do we need to edit genes, you ask? Because our genes are the carrier of all the characteristics that make us who we are, the good and the really bad parts too. Genome editing has already been used to modify blood cells, which are put back into the body to treat conditions like leukaemia and AIDS. It can also be used to treat other infections like muscular dystrophy and haemophilia.

If the genomes of human embryos can be edited, it can give rise to designer babies. I think, it is completely plausible in the very foreseeable future that parents will choose to pre-emptively eliminate mutant genes that cause some severe and very rare diseases before a child’s birth.

The quality of life for a child born out of CRISPR-like gene editing will be unparalleled. But of course, as is the case with any new scientific breakthrough, the question of ethics looms large.

The fact that CRISPR can cure diseases such as cancer, Alzheimer’s and Schizophrenia by altering the genetic code is unbeatable. But whether we’re ready for this tectonic shift in human birth is the more important consideration.

Instead of making predictions for the future, let us talk a little about what is happening in the present with people like Tony Atala, M.D. A paediatric surgeon by training, Tony often performs surgery on really young and extremely vulnerable patients. And that involves putting things in their body that don’t belong there, but that is also the only option current medical practitioners have. Until now. The Wake Forest Institute for Regenerative Medicine (WFIRM) became a pioneer in growing and regenerating tissues and organs via 3D bio-printing and Anthony Atala was named 2016 Innovator of the Year by R&D magazine for the same. “Having engineered tissue that’s made from a patient’s own cells — to replace tissue with tissue — that’s really the goal,” he said.

As organ shortages continue to grow and the cost of getting an implant keeps rising astronomically, the only viable alternative is for the patient to grow their own organs with their own cells and tissues. Of course, we can’t regenerate our own organs as easily as the humble garden lizard that replaces its tail on a whim. With the help of bio-printing, however, 3D printers can effectively print human cells and tissue on a scaffolding material that can artificially support the growth of an organ.

I’m sure you’ve seen the viral video of a spinach leaf that was successfully transformed into healthy cardiac tissue. This is just the beginning of the 3D bio-printing revolution. Eventually, Tony and team are confident that the technology will be able to support orders for complex organs such as kidneys and parts of the heart. In the immediate future, skin regeneration for burn injuries, tissue regeneration for facial re-construction and reconstruction of genital and urinary organs will be made possible thanks to this breakthrough.

While all the above scientific leaps are quantum in nature, what happens if our species itself is under jeopardy?

Mankind is presently in an immensely powerful and precarious position. We are at the forefront of a branch of evolution that began on Earth 3.5 billion years ago.

Our present historical moment is a crucial juncture in the unfolding story of the universe because we now have the power to end all life on Earth. Not only do we possess thousands of nuclear warheads capable of occasioning a global apocalypse, but we are also sitting on a fragile global ecosystem with limited resources. And beyond that, our being confined to this single planet means that a single asteroid collision or some other such unforeseen cataclysmic event could wipe out our entire species, and potentially, all life in the Earthly biosphere. 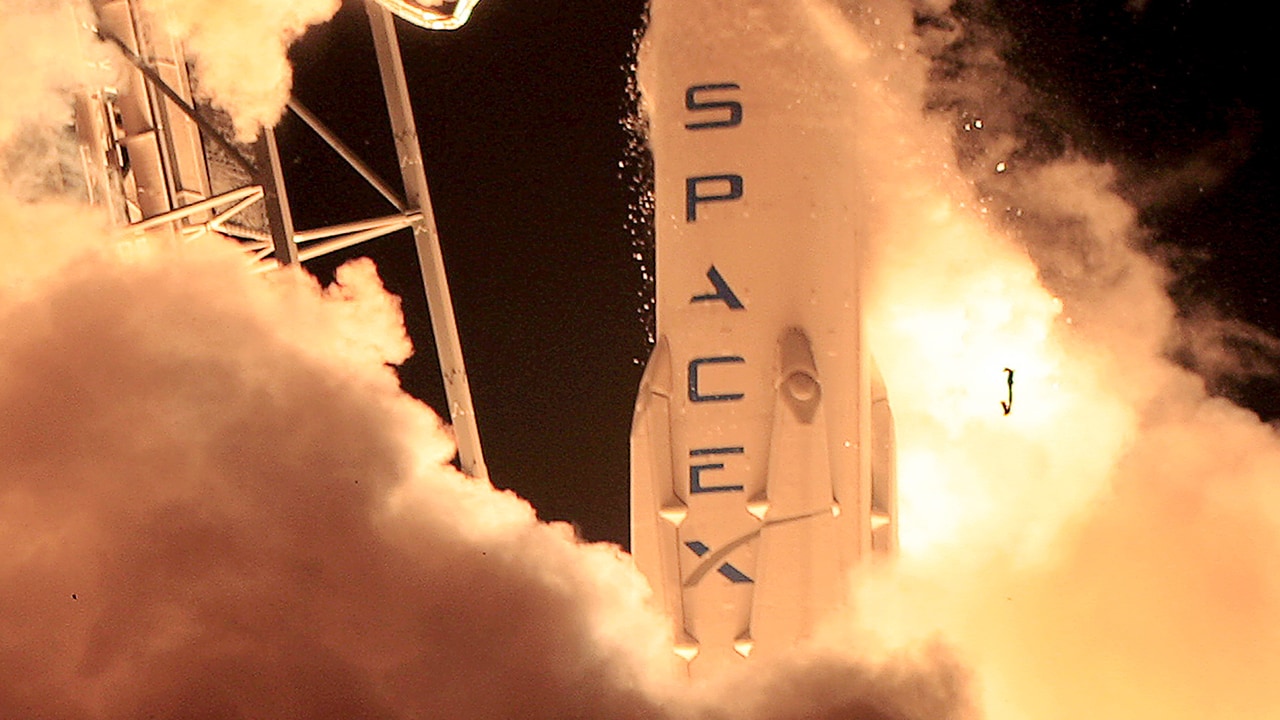 If it sounds far-fetched to consider Earthly apocalypse scenarios, it shouldn’t.

Many intelligent people are discussing this topic, and many are even devoting their lives to attempting to avert crisis situations that might threaten the entire human race or Earthly biosphere. There’s a research centre at the University of Cambridge called the Centre for the Study of Existential Risk that is specifically dedicated to this cause. A sample of the top 100 most-cited authors on AI ascribed a 10 percent chance of existential catastrophe when and if AI reaches human-level intelligence.

One of the most popular proponents of making human beings a multi-planetary species is ace businessman and private space poster boy Elon Musk. Musk is the CEO of SpaceX, an aerospace manufacturer and space transport services company.

In a fascinating interview with Aeon, Musk said, “I think there is a strong humanitarian argument for making life multi-planetary, in order to safeguard the existence of humanity in the event that something catastrophic were to happen, in which case being poor or having a disease would be irrelevant, because humanity would be extinct. It would be like, ‘Good news, the problems of poverty and disease have been solved, but the bad news is there aren’t any humans left.’”

If Musk’s dream comes true, “In less than 100 years, we will be in a universe in which one million human beings have constructed a high-tech civilization on Mars and are living out their lives on the Red Planet, 225 million kilometres from Earth.” Elon Musk laid out his grand vision to an otherwise not so easily impressed audience of astronauts, space engineers and scientists at the 67th International Astronautical Congress. His company SpaceX is building the Interplanetary Transport System or the IPS, to enable human colonization of Mars. The first exploratory flight will take off in 2022 while the first human flight, with possibly no way of returning to Earth, will take off in 2024 on a journey that will last about 150 days. Elon Musk hopes to have thousands or tens of thousands of people living in a city-like colony on Mars by 2040.

Why in the world would he want to do that? It’s simple: Survival.