We are working towards becoming the 4G-enabler for Indian consumers, says Spreadtrum country head

The demand for 2G is still expected to be relevant for some time. We might see a direct leap from 2G to 4G in India, however.

When one talks about mobile chipsets, two names stand out: Qualcomm and MediaTek. Chinese chipmaker Spreadtrum has slowly but surely been building its portfolio of products and is increasingly being seen in a lot of popular smartphones. It's LTE SoC platform, the SC9820, was seen in one of the first 4G-enabled feature phones, the Lava Connect M1. Spreadtrum has been operational in India since 2010, but so far, it has mostly stuck to the entry-level and mid-range segment. The Chinese chipmaker is now eyeing the burgeoning 4G smartphone and feature phone market. In addition to this, Spreadtrum also has plans to enter the IoT space.

We spoke to Spreadtrum India's country head, Neeraj Sharma, on how the company plans to ride the 4G wave that is washing over the country and what it is doing to stay competitive.

Tell us a bit about Spreadtrum and the various types of chipsets it offers?

Spreadtrum is one of the global leaders in the mobile chipset domain and is renowned for its high-performance, energy-efficient and low-cost chipsets for 2G, 3G, and 4G feature phones and smartphones. We also offer highly-integrated SoCs for IoT applications, including smart homes, wearable smart devices and the automotive industry.

Spreadtrum also has solutions catering to the digital payments industry, one of the fastest growing and high-potential market segments in the world. Most of our chipsets now come integrated with advanced security and payments solutions on a hardware level. We are also enabling better and more secure solutions through integrated Near Field Communication (NFC) capabilities, and are working on facilitating integrating turnkey solutions for security features such as an iris scanner and fingerprint scanner in the chipsets. 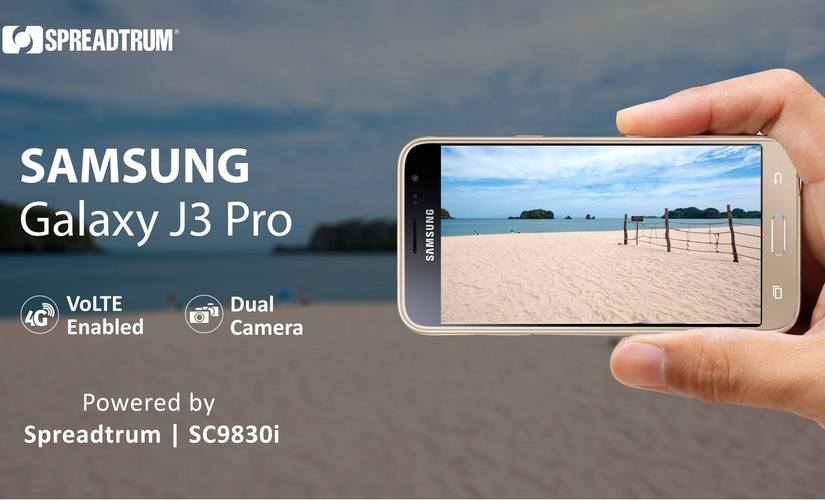 Which are the areas that Spreadtrum will be focussing on in India?
With smartphones currently the key focus area for us, we are working towards becoming the 4G-enabler for Indian mobile brands and consumers. We have launched several 4G-enabled chipsets in India at extremely competitive prices to achieve this aim and are driving the adoption of 4G-led services in the country. In fact, Spreadtrum’s LTE SoC platform, SC9820, has been adopted by Lava for India's first 4G-enabled feature phone, Lava Connect M1.

We are also working on 5G technology and plan to make 5G-enabled chipsets commercially available in China by the year 2018. For India, we would be bringing them commercially once the market is ready.

Spreadtrum is also extending its support to the government’s ambitious ‘Design in India’ campaign. For the same, we have set up a one-of-its-kind hardware lab with an OTA chamber to offer turnkey solutions to Indian mobile brands.

Most of the phones with a Spreadtrum chipset are priced in the entry level category, will that be the only focus area?
Spreadtrum already has a diverse product catalogue which not only caters to entry-level smartphones and feature phones, but also provides turnkey solutions to high-end devices. Having recently launched a 14 nm chipset in collaboration with Intel, we are now working on developing affordable octa-core processors. We are also diversifying our product portfolio by integrating advanced features like voice over Wi-Fi (VoWiFi), carrier aggregation and dual camera support in our chipsets.

We are additionally partnering with leading mobile brands such as Samsung, Reliance, Micromax, Lava, iTel and Intex to enable better access to the latest mobile technologies to Indian consumers.Through our one of a kind hardware lab, we are providing end-to-end support – from creating a reference design to development, to testing, and debugging – to our partners and thus helping them with a faster go-to-market time. Spreadtrum has partnered with Intel to release the SC9861G-1A 14nm chipset. Spreadtrum

Apart from the application processor, which other processors does Spreadtrum make?
From quad-core processors to octa-core processors, Spreadtrum has a diverse range of cutting-edge chipset solutions on offer. In addition to mobile chipsets, we also have SoC’s catering to IoT, digital payments, automotive, wearables, etc. Our aim is to facilitate the creation of a more interconnected world by promoting the ease of communication.

You said that you are also into making 2G and 3G band chipsets, But with India adopting 4G in a big way, are 2G/3G bands relevant now or you see a big market for phones with these radio bands still?
Given that most of the people who were using 3G are shifting to 4G, this might result in 3G almost completely vanishing in the next couple of years. The demand for 2G, however, is still expected to be relevant for some time. A large number of people are still on 2G, as they are either not able to afford high-speed internet or are hesitant to make a switch. We might see a direct leap from 2G to 4G in India, thanks to this curious dynamic.

There are already chipset players such as Qualcomm and MediaTek, which have a significant portion of the market. Where do you think Spreadtrum offers an advantage?
Spreadtrum already owns a significant market share as a global leader in the chipset industry. We had shipped 625 million chipsets in 2016, accounting for nearly 25 percent of the global phone shipments last year, and are already the largest chipset supplier in India.

Spreadtrum in India has always aimed at bringing the latest technology in the mainstream products and not only in high-end products. During the era, when Indian market was only feature phone focused, we brought in chipsets based on the ARM9 architecture whereas our competition was still using ARM7 architecture-based chipsets.

Integrated with the high performance CPU, it ensured that videos can be played at a higher bit-rate and x264 compression, thereby enabling people to enjoy videos through their memory cards. This helped Spreadtrum to become the leader in the feature phone segment within three years of its entry in the Indian market. 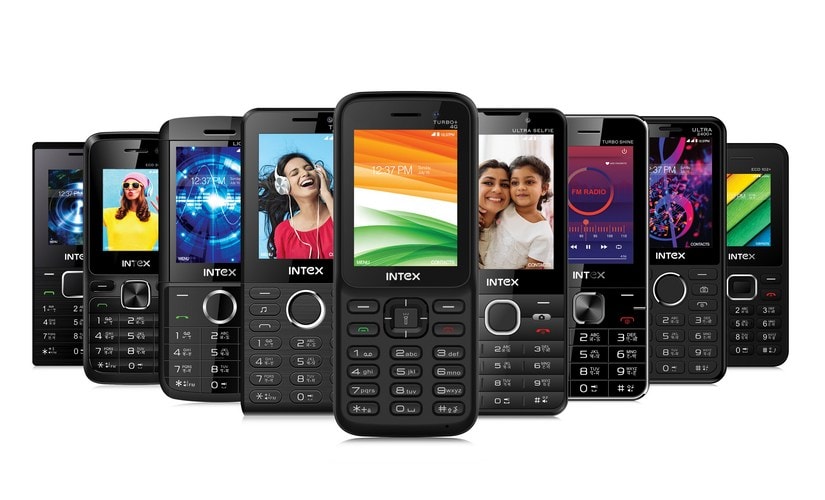 The Intex Navratna Series is powered by Spreadtrum chipsets

Spreadtrum was the first chipset company to bring in an affordable smartphone chipset, called SC6820, in 2013. Till then, our competition only produced chipsets which only catered to the urban population and did not consider Tier-2 and Tier-3 cities which needed affordable smartphones. With our chipsets, many Indian brands were able to launch products with a price as low as Rs 4,000, whereas most smartphones were still available at almost double the price.

In fact, for most Indian brands, SC6820 was the chipset on which they were able to launch their first successful smartphone models. Samsung also later launched models based on this chipset. In 2015, Spreadtrum launched a 3G quad core smartphone chipset, SC7731. Within one year of its launch, Spreadtrum became the leading player in the 3G smartphone segment. Our competition till then were offering only dual core as the minimum offering and it took them almost a year to catch up.

In 2016, we collaborated with various Indian operators to bring smartphones with 4G and VoLTE across all our offerings and not only in the high-end or mid segment. This has helped the market to shift to 4G in less than a year.