Vuzix Blade AR glasses may be the future of smart glasses; could become commercially available by Q2 2018

The Vuzix Blade has the entire display and its power source within frames of the glasses, something that was lacking in its previous iterations.

Google had introduced its smart-glasses called Google Glass back in 2013, which was just $1,500 worth of disappointment. However, it looks like Vuzix, a New York-based display provider, has made serious headway in rejuvenating the smart-glass market with the Vuzix Blade, unveiled at CES 2018. 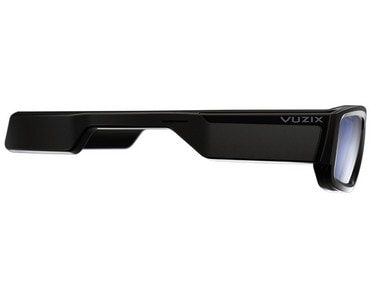 The Vuzix Blade has the entire display and its power source within the frames of the glasses, something that was lacking in its previous iterations, according to a report by The Verge. These AR glasses display a virtual screen in front of your eyes via a DLP projector and so called "wave guide" technology. Alongside this, Vuzix has struck a partnership with Amazon to include the Alexa voice assistant in the glasses.

The company has claimed, according to the report, that the Vuzix Blade is not just a prototype and should enter production in the next few months. As a matter of fact, the company plans to bring out a consumer version in the second quarter of this year.

The Verge also said that Vuzix is working on bringing the price down to make it more consumer friendly. Currently, to get the Vuzix Blade development kit, you have to put down a deposit of $495 on the total cost of $1,997. However, the report says that the consumer version of the device will cost around $1,000, which Vuzix will further try to reduce to $500.

The smart-glasses can be connected to the internet via Wi-Fi and also be paired via Bluetooth with an iPhone or an Android device. It has an 8 MP camera which can also record video in 1080p. The Blade has a Cobra II DLP-based vibrant, full-color display and is powered by a quad Core ARM CPU. There are several ways to control the Blade such as through the touchpad present on the side of the glasses, head motion, voice control via Alexa, haptic vibration and also remotely through the iOS or Android app.