Vu launches its 'Official Android TV' lineup with the base 43-inch variant priced at Rs 36,999

VU has also gone ahead and built-in a Chromecast into the TV allowing users to cast content on all three variants straight out of the box.

Vu Technologies today announced the launch of three 4K smart television sets in India which run on a licensed version of Android Nougat 7.0. The Vu Official Android TV comes in three sizes — 43-inches, 49-inches and the top-end variant which comes at a size of 55 inches. As far as the pricing goes, VU has decided to keep it very competitive with the 43-inch variant starting at a price of Rs 36,999. The 49-inch variant is priced at Rs 46,999 and the 55-inch model will set you back by Rs 55,999. All three TVs will go on sale exclusively on Flipkart starting 16 March.

The highlight of the Vu Official Android TV lineup is that they run on Android. This allows users access to the Google Play Store and a number of other built-in apps such as YouTube and Google Games. Apart from Google, Vu has also partnered with a number of Video on Demand service providers like Netflix, Hotstar and ALTBalaji to allow users direct access to content. 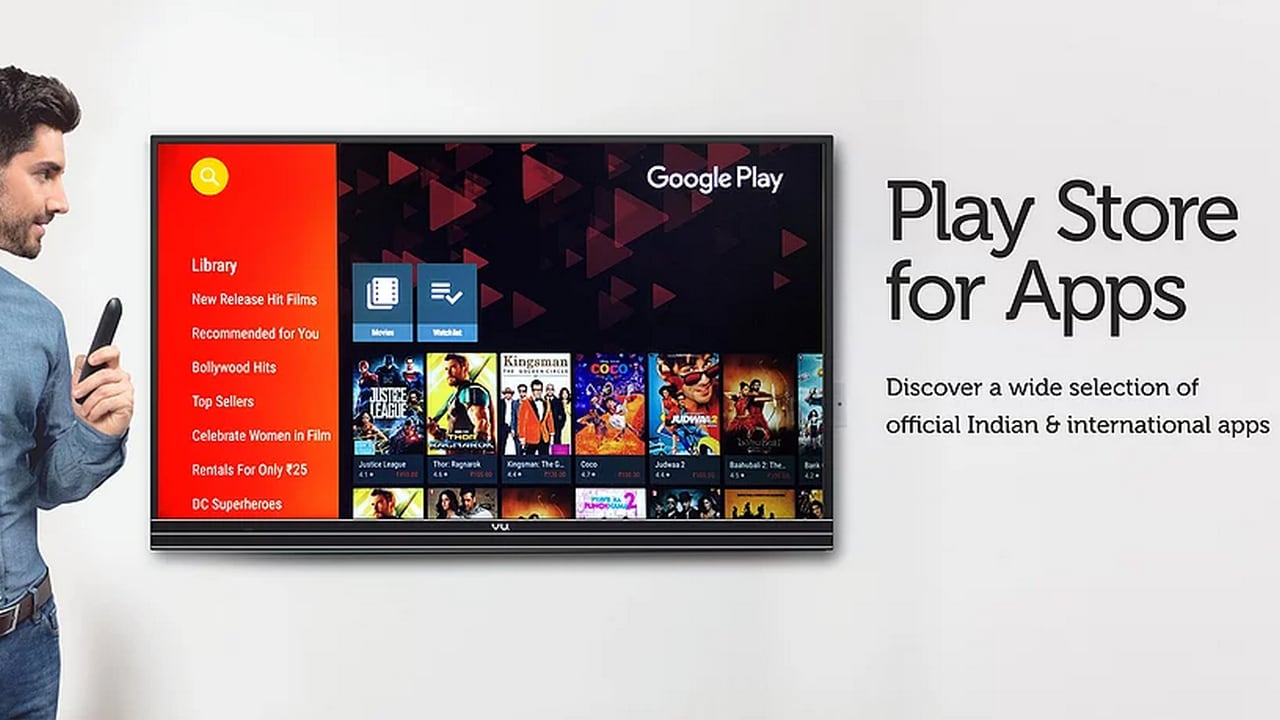 The company has also gone ahead and built-in a Chromecast into the TV allowing users to cast content on all three variants. Vu's ActiVoice remote that controls the TV also allows users to search, browse and select options in as many as 88 languages.

Vu claims that each of the variants use a premium A+ Grade IPS panel along with a storage capacity of 16 GB and a quad-core processor. The front-facing dual-10 watt built‐in soundbar supports DTS TruSurround and Dolby Digital which should ensure good audio on paper.