By the end of next decade, Volkswagen vows to offer "at least one electrified version of each of the 300 or so group models", the firm said in a statement.

German carmaker Volkswagen doubled down Monday on efforts to clean up its image tarnished by the dieselgate scandal, vowing ahead of the Insurance Auto Auctions (IAA) auto industry show to electrify its entire range by 2030. 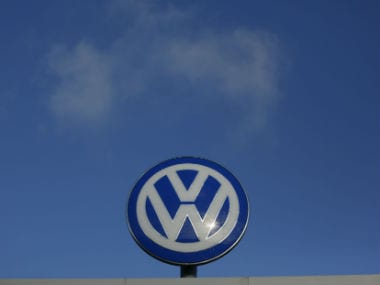 By the end of next decade, VW vows to offer "at least one electrified version of each of the 300 or so group models", the firm said in a statement.

The Wolfsburg-based group owns a stable of 12 brands ranging from VW, Seat, and Skoda to Audi, Bentley and Lamborghini, as well as truck and bus makers MAN and Scania and Ducati motorbikes.

By 2025, the company estimates that up to one in four of its new vehicles, three million per year, could be purely battery powered.

The announcement will in future represent "the yardstick by which we measure our performance," chief executive Matthias Mueller said.

Mueller was brought in to turn things around after VW admitted in 2015 to manipulating regulatory emissions tests on 11 million cars worldwide.

In November 2016, the group announced its ambition to be the world's biggest electric carmaker by 2025, slashing 30,000 jobs as it frees up cash for investment in research and development into new technologies.

Monday's announcement goes a step further, promising 80 new electric vehicles, 50 of them all-electric and 30 of them hybrids, by the middle of next decade.

And VW says it will invest some 20 billion euros ($24 billion) in developing new vehicles, upgrading plants, training its workforce, charging infrastructure and battery technology and production.

But the group has yet to give up completely on the internal combustion engine, highlighting the clean performance of its latest-generation diesels and suggesting future vehicles could be powered by renewable synthetic fuels.