Vittorio Colao said the government has significantly increased the amount of spectrum that will be available to the operators.

Lauding India for making it easier to do business in the country, British telecom giant Vodafone's Group CEO Vittorio Colao said the government has significantly increased the amount of spectrum that will be available to the operators. 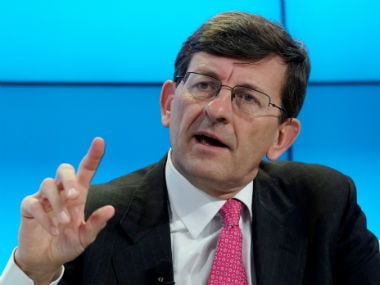 "The proposed increase in spectrum caps will further hasten the rollout of networks to the benefit of customers, government and industry," Colao said here at the World Economic Forum (WEF).

Speaking at a WEF Governors meeting, Colao complimented Prime Minister Narendra Modi's government for a marked improvement in the ease of doing business in the country during the last four years.

After the meeting, Colao said, "Digital India and Make in India are transformational initiatives. The focus of Prime Minister Modi's government and India's new progressive policy framework are ensuring their successful execution. India's enhanced economic liberalisation will bring more international investment into its growing economy, which will, in turn, generate exciting opportunities and boost job creation."

He said "simplicity and transparency" are key to the reforms introduced and this has been recognised by the significant improvement in India's position in the ease of doing business global rankings.

"The swift progress we have made in just under a year towards the completion of our merger with Idea Cellular is testimony to this fresh approach. India has a clear set of well-defined M&A rules and we are seeing their fair and speedy implementation," he said.